CHARLESTON, W.Va. — While the Trump administration’s plans to repeal greenhouse gas emissions limits for power plants will get a mostly warm welcome this week in Charleston, experts say the move by the U.S. Environmental Protection Agency remains unlikely to fuel a major resurgence in West Virginia’s troubled coal industry.

Agency officials are set to hear testimony for at least two days in a public hearing on EPA Administrator Scott Pruitt’s proposal to repeal the Clean Power Plan, a signature initiative by the Obama administration to try to begin to deal with the global threats presented by climate change. The event is scheduled to start at 9 a.m. today at the Capitol.

“This is the first time in history, I think, that I’ll testify in favor of something [the] EPA is doing,” said Bill Raney, president of the West Virginia Coal Association. “Maybe we’re going to have a chance to sit down and talk about preserving our jobs and our communities and our people.”

Coal industry officials are expected to be out in force. Four representatives of the state’s largest coal producer, Murray Energy, are among the first 10 speakers listed to testify in one of three rooms EPA officials are using for the hearing. Raney and others noted that the Obama EPA refused repeated requests to hold a public hearing in West Virginia to hear from coalfield residents about the Clean Power Plan.

Political leaders who support the coal industry are also geared up for the event. The first two speakers listed on a preliminary EPA schedule are Rep. Evan Jenkins, R-W.Va., and state Attorney General Patrick Morrisey. Jenkins and Morrisey are both seeking the Republican nomination to run next year for the seat currently held by Sen. Joe Manchin, D-W.Va.

This week’s hearing will undoubtedly feature a lot of rhetoric about the “war on coal,” but experts said Monday that West Virginians should remember that competition from low-priced natural gas played a much larger factor than any environmental regulations in the downturn in the state’s coal industry that has cost thousands of jobs over the last few years.

Van Nostrand noted that his center, along with the Morgantown consulting firm Downstream Strategies, produced reports in 2014 and 2015 that helped chart a pathway for West Virginia to comply with the EPA emissions limits, and that the work showed it could be done without significantly curbing the use of coal by state power plants.

The Trump EPA is proposing to basically reverse a key part of the legal arguments the agency used under Obama to justify the Clean Power Plan. The proposed repeal said the Obama plan was illegal because it proposed to have power companies reduce greenhouse emissions by making system-wide changes, such as switching from coal to natural gas or renewables, rather than mandating only certain emissions reductions that could be achieved at specific plants.

The EPA has not yet announced exactly how it will replace the Clean Power Plan, something it is obligated to do unless the Trump administration also decides to try to revoke the EPA’s major legal and scientific finding in 2009 that greenhouse gas emissions “endanger both the public health and public welfare of current and future generations.”

Jeremy Richardson, senior energy analyst with the Union of Concerned Scientists, said that West Virginians watching the news of the EPA hearing should remember that climate change is real and is caused by human activities, such as burning coal. Richardson, a West Virginia native from a coal-mining family, pointed to the recently released Fourth National Climate Assessment and its evidence that climate change is already happening and that, left unchecked, the effects will likely get much worse.

For example, Richardson noted that heavy rainfall is increasing in both intensity and frequency across the United States. “Changes in extreme precipitation can lead to catastrophic flooding, like the state experienced during the historic floods of June 2016,” he noted.

In a blog post for his organization, Richardson also said Monday that the economic suffering in coalfield communities needs to be addressed, even though efforts to combat climate change aren’t their primary cause.

“Coal mining jobs have been declining since the middle of the last century because of mechanization, the shift to cheaper, large-scale surface mining operations out West, and geologic realities that have led to declining productivity in Appalachian coal mines,” Richardson said. “It is easy to blame the policies of the last president for all of coal’s problems, but it simply isn’t true.”

Richardson said the challenge facing the coalfields and the country is how to both bring down carbon emissions to protect people from the effects of climate change, and at the same time invest “in new economic opportunities in the very places where people depend on coal for their livelihoods.” But Richardson noted that the Trump administration proposed to cut federal programs like the Appalachian Regional Commission that are meant to help troubled coalfield communities.

“We must not only work to protect the planet’s climate through strong carbon standards, but also ensure that we invest in workers and communities to spur new economic opportunities right here in the heart of coal country,” Richardson said. “I do not accept that this is an ‘either-or’ proposition.”

By BROOKE BINNS The Inter-Mountain ELKINS, W.Va.  — Several area counties will see a benefit from a broadband…
byDon Smith 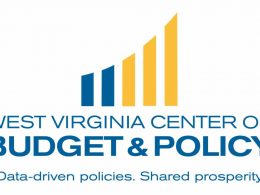 Release from The West Virginia Center on Budget and Policy Charleton, WV – Last night’s passage in the U.S.…
byDon Smith