Bill Would Limit the Authority of Local Health Departments

“Today, the Senate Health and Human Services Committee passed legislation that will take away local health departments’ authority to take future action on smoke-free air and other public health policies without approval from county commissioners or the state health officer. ACS CAN and our coalition partners oppose legislation that would take away local control and make it harder for county health departments to enact future smoke-free air and other public health regulations in communities. These regulations protect West Virginia citizens from exposure to secondhand smoke and improve public health.

“Smoking and secondhand smoke exposure remain leading causes of preventable death and disease in West Virginia. More than 65 percent of the population in West Virginia, workers and patrons, benefit from smoke-free workplaces, including restaurants and bars, because of local smoke-free regulations put in place by local county health departments.

“ACS CAN and our partners in health call on the Senate to stop this legislation. Amidst a global pandemic, now is not the time to block future health and safety measures.”

About ACS CAN
The American Cancer Society Cancer Action Network (ACS CAN) is making cancer a top priority for public officials and candidates at the federal, state and local levels. ACS CAN empowers advocates across the country to make their voices heard and influence evidence-based public policy change as well as legislative and regulatory solutions that will reduce the cancer burden. As the American Cancer Society’s nonprofit, nonpartisan advocacy affiliate, ACS CAN is critical to the fight for a world without cancer. For more information, visit www.fightcancer.org. 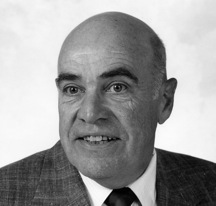