West Virginia officially notified it will lose one congressional seat

CHARLESTON, W. Va.– Cheryl Johnson, Clerk of the U.S. House of Representatives, has officially notified West Virginia Secretary of State Mac Warner that, according to the 2020 U.S. Census, the state now qualifies for only two members effective Jan. 1, 2022.

West Virginia currently has three seats in the House of Representatives.

“The population increases in other states continue to show their effects here in West Virginia,” Secretary Warner said. “But if the Census Bureau has sufficient data to determine that we’re going to lose a Congressional seat, they should be able to release that data to the states to avoid legal challenges and other delays. With delays that will affect our nation’s elections, the Census Bureau becomes the newest federal entity contributing to decreased confidence in our elections

Warner said the U.S. Census Bureau is behind on reporting local Census data. Those delays will present challenges for the West Virginia legislature to consider and approve redistricting prior to the 2022 election cycle. Those delays will also impact the timeliness of redistricting for legislative positions in the West Virginia State Senate and the House of Delegates.

“The continued delays in releasing Census data is creating a serious problem for many states like West Virginia,” Warner said. “Delay after delay will make it difficult for the legislature to complete redistricting in time to comply with constitutional deadlines relating to the 2022 election cycle.”

The Census Bureau missed its deadline of early-Spring, and now projects the data won’t be available until August at the earliest. Because of the delay, several states have been forced to sue the Census Bureau, seeking permission to violate deadlines in their own state constitutions or laws.

Other states are looking to other data sources, including third-party groups or interim Census data. However, the West Virginia constitution requires official Census data to be used for the redistricting process. The significant delay by the Census also risks downstream effects on state and local governments, voters, and candidates. The Legislature and counties are constitutionally dependent upon the data for redrawing the state’s voting districts before the upcoming candidate filing period in January 2022. As a result, voters’ polling locations and ballot styles may change.

Candidates for some seats, such as the House of Delegates, must live in their district for at least one year before they are elected. However, without knowing the new district boundaries, it may be impossible for some to know whether they’re eligible before the deadline passes.

“What is most frustrating is that the Census Bureau has all of the data. We know this because last Thursday, we received formal notice that the state has lost a seat in the U.S. House of Representatives,” Warner said.

By JIM ROSS The State Journal FAYETTVILLE, W.Va.  — Whitewater rafting in West Virginia is in a long-term…
byDon Smith

The Parkersburg News and Sentinel CHARLESTON, W.Va. — Justice Evan Jenkins will be chief justice of the West…
byErika Diehl

By TINA ALVEY The Register-Herald LEWISBURG, W.Va. — Hosted by the Greenbrier County Branch Unit 3227-B, the NAACP…
byDon Smith 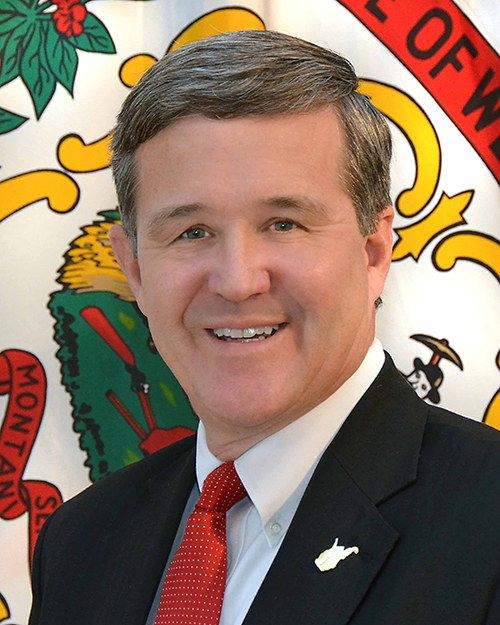