By Breanna Francis, The Journal

MARTINSBURG, W.Va. — West Virginia Treasurer Riley Moore shared his early term successes with an eye toward further future transparency and efficiency within his office during a visit to his Eastern Panhandle home.

During a visit to the Eastern Panhandle late last week, Moore celebrated the passage of several bills he believed would be game changing for the citizens of the Mountain State, especially those looking for chances at a better education, convenience in paying for various bills and fees, as well as continued transparency at a state level.

“I’m just happy to be back home following the legislative session,” Moore said. “My family and I missed being here — we love it here — so it’s good to be home, but the work we’ve been doing in Charleston over these last several months is crucial, and I’m excited to continue that work even while I’m here.”

According to Moore, his first legislative session in office was a success, as eight of the nine bills his office presented were passed.

According to Moore, of the bills passed, some of the most exciting included the Jump Start Savings Account bill, which is the first of its kind in the nation… 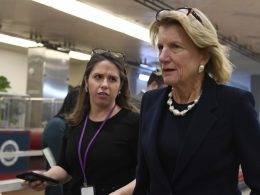