Editorial: Second chances for young people in W.Va. are worth pursuing

From The Journal of Martinsburg:

Since 1993, more than 4,000 teenagers at risk of not graduating from high school in West Virginia have gotten second chances through the Mountaineer Challenge Academy. State legislators agreed earlier this year to expand the program — but there are two obstacles to that.

One is money. Lawmakers failed to appropriate funds for the expansion. The second concern is a site. The academy, under supervision of the West Virginia National Guard, currently operates in Preston County. Legislators want a second location in the southern region of the state.

Under the new legislation, the academy would approximately double in size, taking as many as 600 students at the two locations. Hundreds more young people would get second chances. …

By JEFFREY SAULTON The Parkersburg News and Sentinel PARKERSBURG, W.Va.  — Doddridge and Wirt are the only two…
byDon Smith 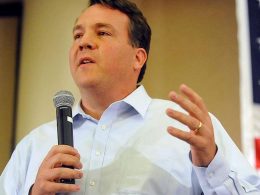