Release from the W.Va. Department of Military Affairs and Public Safety:

CHARLESTON, W.Va. – People who visit or work at the West Virginia Capitol Complex have a new resource for help and information, with the launch of regular bike patrols by the Division of Protective Services.

The Seven officers with the agency, also known as the Capitol Police, recently completed 40 hours of training to serve on this unit. Bicycle patrols enhance mobility, visibility and response time, allowing for improved interaction with the public. This proactive approach benefits not only the 18-acre Capitol campus, but also other state government properties in Charleston and the neighborhoods in between.

“We provide services to communities and individuals residing in areas throughout Charleston while conducting checks on state government properties,” Foreman said. “The bike patrol reflects a collaborative effort that provides a significant service while utilizing minimal taxpayer dollars.”

The Capitol Police was provided bicycle patrol training from certified trainers at the Parkersburg Police Department. It also received assistance from the Saint Albans and Charleston Police Departments, which provided alternative bicycles and parts to help equip the unit.

“We’ve had a great response from Capitol employees and the community already,” said Cpl. Patrick Sparks, the unit’s leader. “A couple of our guys have a made arrests due to community involvement. We’ve found that our people are a lot more approachable on the bike then in traditional uniform.”

Bike patrol officers wear distinctive yellow and black uniforms. Besides the Capitol Complex, the unit patrols around the Department of Environmental Protection headquarters in Kanawha City and offices for the Department of Health and Human Resources and other state entities downtown.

Director Foreman believes the bike patrol will provide another avenue of safety for individuals who work and visit the Capitol complex, and allow the Division the opportunity to provide a more efficient service.

Protective Services currently has several vacancies among its 31 officer positions. Interested certified officers can contact the agency at (304) 558-9911.

For more information, media should contact Lawrence Messina, WVDMAPS director of communications at 304-957-2515 or [email protected] 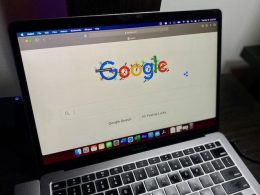 By Steven Allen Adams, The Journal CHARLESTON, W.Va. — A new contract between West Virginia and Google for…
byErika Diehl

By Josephine E. Moore, The Herald-Dispatch HUNTINGTON, W.Va. — As vaccines for coronavirus make their way to cities…
byErika Diehl