CHARLESTON, W.Va. — Gov. Jim Justice has scheduled a  press conference for Monday, Nov. 13, at 11:30 a.m. in the Governor’s Reception Room at the State Capitol to provide more details on Thursday’s announcement that West Virginia has entered into an agreement with China Energy Investment Corporation on $83.7 billion in possible shale gas development and chemical manufacturing projects in West Virginia.

Thursday’s announcement was the culmination of months of intense work by the Governor, the Trump Administration, State Commerce Secretary Woody Thrasher and other members of state government.

Since taking office in January, Gov. Justice directed Sec. Thrasher to travel to China on two occasions to negotiate on this deal, as well as hosting officials from China in West Virginia twice in recent months.

“I want to thank President Donald Trump, Energy Secretary Rick Perry, Commerce Secretary Wilbur Ross, State Commerce Secretary Woody Thrasher, and the many others who have been involved in making this historic investment in West Virginia become a reality,” said Gov. Justice.

This is a continuation of Gov. Justice’s promise to bring jobs and prosperity to the Mountain State. It also continues a 10-month winning streak that includes a rebound in the coal industry, expansion of the Toyota Manufacturing facility in Putnam County and Hino Motors in Wood County, the establishment of the West Virginia Great Barrel Company in Greenbrier County, and the overwhelming approval and passage of the Road Bond Referendum that will create tens of thousands of new jobs in West Virginia.

“We have had a complete turnaround in West Virginia in 2017. Just think, we started with a $500 million dollar deficit and now the jobs are coming back and where there was despair there is now real hope. All of these things have created a momentum to bring prosperity and goodness to the people of our state,” Gov. Justice said. “While this is a great day for West Virginia we truly believe there are thousands of more great days to come.”

From The Herald-Dispatch of Huntington: West Virginia has many wonderful places to visit and vacation. But probably most…
byDon Smith 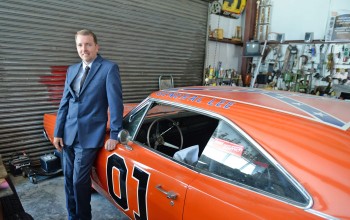 WAYNE, W.Va. — Whoever said money buys elections has never been “out Wayne.” The Republican candidate who ousted…
byBrian Canterbury