WHEELING, W.Va. — Betsy Jividen of Wheeling has been named acting U.S. attorney for the Northern District of West Virginia, and will take over for U.S. Attorney William Ihlenfeld upon his resignation Sunday.

Jividen will remain in the position until the selection and confirmation of a presidentially appointed U.S. attorney.

Ihlenfeld made the appointment Thursday afternoon. He announced his plans to resign at the first of the year earlier this month.

Ihlenfeld spoke well of Jividen, praising her years of experience. She has been an assistant U.S. attorney for the district since 1980.

“The U.S. Attorney’s Office will be in good hands in the new year under the leadership of Betsy Jividen,” Ihlenfeld said in a press release. “She has a tremendous amount of experience with the office, both inside and outside of the courtroom, and the public will be well-served with her at the helm.”

She previously served as acting U.S. attorney prior to Ihlenfeld’s appointment and confirmation.

Jividen was the first woman to hold the position of assistant U.S. attorney in the Northern District of West Virginia.

She’s served in both the criminal and civil divisions, holding the positions of civil chief and senior litigation counsel in addition to her stint as acting U.S. attorney.

Jividen was selected to serve as acting U.S. attorney by the Executive Office of United States Attorneys in Washington, D.C. after Ihlenfeld announced his resignation. Ihlenfeld said he plans to return to private law practice in 2017.

Ihlenfeld’s resignation came as President-elect Donald Trump and his transition team prepare for the Jan. 20 inauguration. U.S. attorneys typically step aside when a new administration takes over the White House, although they are not mandated to do so.

There’s no timetable for Ihlenfeld’s permanent replacement to be appointed. About 11 months passed between Potter’s departure and the beginning of Ihlenfeld’s tenure.

President Barack Obama appointed Ihlenfeld to the post on May 27, 2010, but he wasn’t confirmed by the Senate until Aug. 5 of that year. Ihlenfeld was sworn in on Aug. 11, 2010.

Last week, Ihlenfeld said he’s enjoyed his time in office, particularly the opportunities for community outreach, but believed the new year was an opportune time to step aside and allow Trump to appoint someone new to the position. He declined to speculate about his potential replacement.

“I guess policies that will govern the Justice Department will come from (Attorney General-designate Jeff Sessions). A lot of the policies will be his, based upon his beliefs, and I really don’t know much about the new appointment,” Ihlenfeld said.

Matt Dellinger contributed to this story.

CHARLESTON, W.Va. — A request that the West Virginia Board of Education consider backing a state-funded teacher liability…
byBrian Canterbury 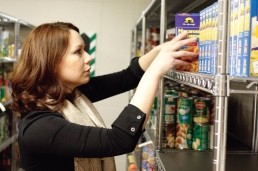