The regional bureau of The Associated Press, shares 10 things you need to know Tuesday, May 22, 2018. Look for full stories on these late-breaking news items and much more in West Virginia newspapers.

2. WHERE ANGRY RHETORIC IS BACK ON THE MENU

The Trump-Kim summit notwithstanding, North Korea’s media appear to be stepping up their rhetorical attacks on South Korea and joint military exercises with the U.S., warning that a budding detente could be in danger.

Voters in Arkansas, Georgia and Kentucky hold primaries, while Texans settle several primary runoffs after their first round of voting in March.

A top Trump fundraiser and a senior adviser to an Emirates crown prince ran a secretive campaign, trading lobbying against Qatar for defense contracts from Gulf countries.

The Trump administration is pushing to strip funding from Planned Parenthood and other family planning clinics.

7. WHERE MOST MASS SCHOOL SHOOTINGS OCCUR

Small-town and suburban America. Of the 10 deadliest school shootings in the U.S., all but one took place in a town with fewer than 75,000 residents.

Philip Wilson becomes the most senior Roman Catholic cleric in the world convicted of covering up child sex abuse.

Sarah Rose Summers from Nebraska, who aspires to be a certified child life specialist, outlasts 50 other women to win the crown.

The Cavs’ star scores 44 points and moves past the Lakers great for the most field goals in playoff history as Cleveland evens the East finals with a 111-102 victory.

From The Bluefield Daily Telegraph:  My ears are burning from the profanity-laden tirade on the other end of…
byDon Smith 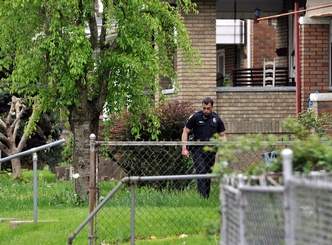 CHARLESTON, W.Va. — A recent spate of shootings in Charleston is mostly gang-related and part of…
byBrian Canterbury