Op-Ed: Waiting for the next energy boom not a wise plan, but using ‘POWER’ is

These are uncertain times in the coalfields of West Virginia. We’re seeing neighbors lose their good paying coal jobs, which is hurting local families, which in turn is leading to a number of other social problems, not the least of which is drug-abuse and related crime.

West Virginia’s leaders are wondering, “What are we going to do? We’ve got to do something, but what?”

Traditionally, we have waited. We’ve hoped that after the painful bust another prosperous boom will return.

But something feels different this time. Sure, coal will remain in the energy “mix” for decades to come, but probably not on a scale nearly as grand as before. Waiting is not a wise strategy.

This rise, decline and evolution of industries is a common theme throughout American history, repeating time and time again. West Virginia is, right now, at the epicenter of an industrial and technological evolution the equal of any in our past, as one of the dominant industries in our region approaches the end of its natural life cycle.

Some say that decline is being exacerbated by government; others say it’s driven by the market; and others say it’s the unavoidable fate of being reliant on finite resources. Perhaps the truth is some mix of the three.

But really, the cause is beside the point. All the debating and finger-pointing is in fact a smokescreen for what West Virginians really need to be worried about: the future, and what opportunities are coming that can sustain our communities for the decades ahead.

We came together to learn more about the federal government’s POWER Initiative, which is a coordinated program of funding opportunities rolling out over the next few years for communities impacted by the decline of the coal industry.

It is money that could be used to help our state develop new businesses and create new economic opportunities that will employ West Virginians and diversify the state’s economic base. It is money that, if we are strategic, will unlock private investment in new industries here in West Virginia.

Here’s the catch. We will be competing against at least 14 other states for a share of this money. They are not just the states that have coal mines, but also those that process and ship coal — anywhere businesses are being impacted by the decline of the coal industry.

There is a lot at stake. This is funding that will help us build new employment opportunities from the ground up, and that will support the hardworking and innovative businesses already trying to grow something great in West Virginia.

What we know is that the communities that will be awarded the most POWER funding — and that will be able to make the best use of it — are those communities that get organized and work together, that submit collaborative proposals, that are strategic and forward thinking, and that look for creative ways to cross existing county and state lines with broad regional plans.

I don’t care much about finger-pointing, or folks that seem more interested in using our current plight to score points in unproductive political battles. What I’m interested in is making West Virginia strong and prosperous again. POWER can help us do that, but only if we get organized and only if we work together.

Brandon Dennison is the founder and executive director of the Coalfield Development Corp., a Wayne County-based construction business that supports the provision of low-income housing and provides on-the-job training and development for its employees, coalfield-development.org.

Diocese of Wheeling-Charleston plans to identify priests accused of abuse

By MATT SAXTON The Intelligencer and Wheeling News-Register WHEELING, W.Va.  — The Roman Catholic Diocese of Wheeling-Charleston is…
byDon Smith 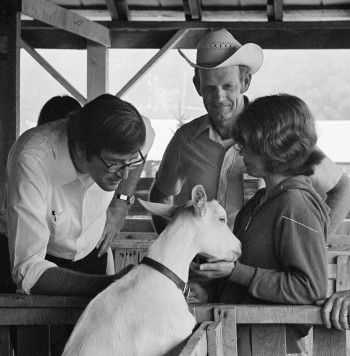