An editorial from The Herald-Dispatch

HUNTINGTON, W.Va. — The power of incumbency is not lost on most elected officials.

While serving in office, there also are great opportunities to promote oneself for re-election or for election to some other office. But there should be limits on how the public’s money and resources are used for those purposes.

It is easy for an elected official to add his or her name and photo to “educational materials,” billboards or other marketing that is ostensibly designed to promote the services of the office. Some of this activity is blatant and some is subtle, but thanks to new legislation, West Virginia will be working to eliminate those abuses.

Delegate Kelli Sobonya of Cabell County first introduced a version of the “trinkets” bill a decade ago, and the passage this year was long overdue. She says she was first inspired by a billboard for former Attorney General Darrell McGraw’s office, but through the years has seen many more examples.

“It was shameless self-promotion,” Sobonya told The Herald-Dispatch earlier this year. “Then I noticed all the ink pens and pill bottles and those types of things; both Republicans and Democrats have been guilty of this.”

We urge them to cast a wide net…

An editorial from The Herald-Dispatch  HUNTINGTON, W.Va. — As the new year approaches, anyone in the Tri-State on…
byBrian Canterbury

An editorial from The Intelligencer Wheeling News-Register WHEELING, W.Va. — Violations of federal safety rules are common at many…
byBrian Canterbury 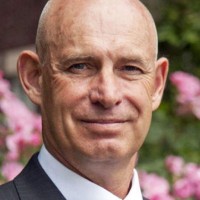 By Kent A. Leonhardt West Virginia Commissioner of Agriculture We hear it over and over that access to…
byDon Smith

From The Wheeling News-Register:   Vote ‘Yes’ and monitor road project spending No doubt some unscrupulous operators are eager to…
byDon Smith