An editorial from The Times West Virginian

A lot can be accomplished within that time frame. It’s a one-way trip up Interstate 79 to Waynesburg, Pennsylvania. It’s an hour-long television program, if you fast forward the commercials. You can walk two miles at a leisurely pace.

That’s how long it took the state of Oklahoma to put Clayton Lockett to death, using an experimental cocktail of drugs. Experimental because Europe, where we’ve been securing drugs to put convicted killers to death, isn’t providing it to us anymore because of a moral disagreement over the death penalty.

So some are saying the 43 minutes it took Lockett to die was inhumane. There is certain to be some kind of civil lawsuit about the method used and it violating the constitutional protection against cruel and unusual punishment. It will probably go to the U.S. Supreme Court, and whatever decision is made will affect the 32 states where the death penalty is currently legal and the approximately 3,000 prisoners awaiting execution across the country.

So we’re not going to weigh in on that debate just yet. We’ll leave it to the legal system to handle it.

But we do want to correct a wrong we feel has been done by many, many media outlets, including The Associated Press.

The reason Lockett was sentenced to death was because he was involved in a kidnapping and murder incident that happened almost 15 years ago — that much was reported following the “botched” execution.

But the murder victim had a name: Stephanie Neiman. Stephanie graduated from high school just two weeks before her death. On the night of June 3, 1999, she was driving her friend home. The timing was unfortunate — the two arrived at her friend’s home just as three men were beating a debt out of one of the residents there in front of his 9-month-old son. The friend went inside and was physically forced and threatened to call for Stephanie to come into the house.

While inside, Stephanie was forced to watch as her friend was raped by the three men. The man who owed the debt was beaten more. And then the three men beat Stephanie because she wouldn’t give up the keys to her pickup truck. They bound her hands and feet with duct tape, put her in the truck and drove down a country road. She wouldn’t promise not to call the police if they let her go, so Lockett decided to kill her. Bound, Stephanie watched as Lockett’s accomplice dug a shallow grave for 20 minutes… 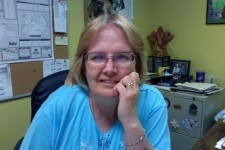 Some thoughts on the WV Press Association dinner

A column by Liz Beavers, managing editor of the Mineral Daily News-Tribune  KEYSER, W.Va. — I had the pleasure…
byBrian Canterbury

Customers will punish businesses who cheat

An editorial from the Parkersburg News and Sentinel PARKERSBURG, W.Va. — Thousands of West Virginia residents (as well as…
byBrian Canterbury