An editorial from The Register-Herald

BECKLEY, W.Va. — It’s been 28 years since the battle was won to help curb the scourge of biting, annoying, swarming black flies.

Before the state started spraying the fly larvae in the New, Bluestone and Greenbrier rivers in 1986, outdoor activities were accompanied by what was known as “the Beckley wave” and little children and adults alike found themselves covered in nasty welts from the bites of the adult flies, also known as gnats.

Now the fly-less nirvana is endangered — at least until July.

The spray fund, overseen by the West Virginia Department of Agriculture, was nearly depleted as officials tried to stay ahead of the creatures last season. Heavy late spring and early summer rain led to increased applications as the Bti washed downstream.

One application has been made so far this spring and only $60,000 remains, just enough for one more dose until the end of the fiscal year June 30.

The department hopes to coax a $300,000 budget supplement out of this month’s legislative special session to keep the spraying active.

This is a crucial time in the control of the flies, it was written in a The Register-Herald special section published during the height of the fight to bring a solution. In that section, West Virginia University entomologist Dr. James Amrine said, “The first generation of flies that hatch in early spring stay close to the river. The second major batch hatches mid-May and by June we’ll have the full impact of the black fly.”

If the supplement is not forthcoming, we all will bear the full brunt of what Amrine termed “nothing short of a monster.”

While making the outdoors safe for children’s play, gardening, leisure and other activities, there is another reason to keep black flies at bay — tourism…

WV high court gets it wrong in public-meetings case

An editorial from The Herald-Dispatch HUNTINGTON, W.Va. — The public’s right to know what their government representatives are up to…
byBrian Canterbury 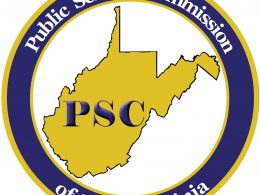 Opinion: WVPSC chairman tells how to cut your heating bill and stay safe

An editorial from The Daily Athenaeum  MORGANTOWN, W.Va. — On Tuesday, the next president will be elected in…
byBrian Canterbury

By Chelsea Ruby W.Va. Tourism Commissioner  Thank you, West Virginia — and congratulations! Last month, you pulled off one…
byDon Smith