CHARLESTON, W.Va. — Two legislative committees are taking opposing positions on the question of West Virginia Turnpike tolls: Should they stay or should they go?

The Senate Transportation Committee on Tuesday began consideration of a bill that would keep tolls on the Turnpike after the current round of 30-year bonds is retired in 2019 (SB 397), citing the $85 million a year in revenue the Turnpike produces, and the estimated $60 million a year in costs that would be shifted to the already severely underfunded Division of Highways to take over operations and maintenance of the 88-mile roadway.

“We have a huge problem funding our roads,” Transportation Chairman Chris Walters, R-Putnam, said Tuesday. “This is just one of the bills we need to do to find more money and fix our roads.”

Under existing law, once the bond issue is paid off, operations of the Turnpike will transfer to Highways, contingent on the approval of the commissioner of highways.

A bill that advanced from the House Roads and Transportation Committee on Monday would make that transfer mandatory, and it also spells out the process for how Parkways employees are to be transferred to other state agencies — or laid off (HB 4222).

“I would consider anything to the contrary to be a broken promise to the people of Southern West Virginia,” said Gearheart, a longtime foe of Turnpike tolls.

He said the tolls amount to “double taxation” for residents who use the Turnpike.

Walters, however, said it would be irresponsible to eliminate an $85 million a year source of state revenue, particularly when out-of-state vehicles account for $64.5 million …

Fly up to Dayton to see JFK’s Air Force One

By Dave Lavender The Herald-Dispatch HUNTINGTON, W.Va. — When you think about the death of the President…
byBrian Canterbury 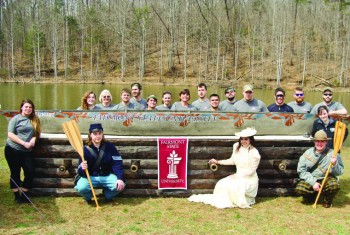 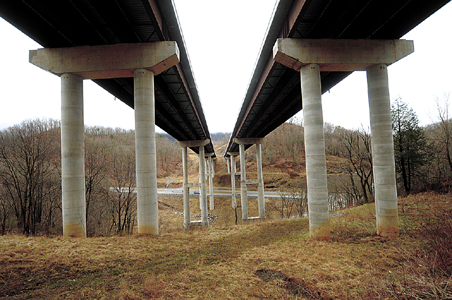 BLUEFIELD, W.Va. — A usable section of the King Coal Highway in Mercer County could be constructed at…
byBrian Canterbury