Mooney is the first of West Virginia’s four congressional Republicans to endorse a candidate in the crowded Republican presidential primary.

“I have had the pleasure of visiting with Sen. Cruz on several occasions to discuss the shared conservative policies for which we are fighting in Congress,” Mooney said in a prepared statement released by the Cruz campaign. “Sen. Cruz has proven by his actions that he will stand firm in defense of the freedoms and traditional Judeo-Christian values which we cherish, even when under great pressure.”

Cruz’s father, Rafael, a close adviser, visited Charleston in 2014 to speak at a fundraiser for local Republicans. During his visit, Rafael Cruz said President Barack Obama “operates like a tyrant.”

Cruz is, so far, one of three major presidential candidates to file for a spot on West Virginia’s primary ballot.

None of the major Democratic candidates had filed, as of Tuesday afternoon…
Total
0
Shares
Share 0
Tweet 0
Pin it 0 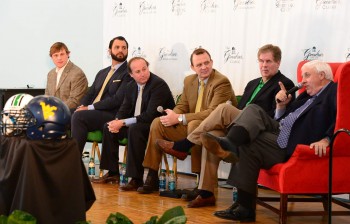 Fayette back to square one on consolidation

By JESS MANCINI The Parkersburg News and Sentinel PARKERSBURG, W.Va.  — Patient data was intentionally manipulated at the…
byDon Smith