CHARLESTON, W.Va. — Wednesday is the last day to share your views on West Virginia’s Common Core-based learning requirements through the state’s standards review website, which already has received more than 240,000 comments from more than 4,000 people.

People may comment until midnight at wvacademicspot light.statestandards.org, where they can read and provide input on any of the more than 900 math and English/language arts kindergarten-12th-grade standards after entering required data such as their names, whether they live in the Mountain State and whether they are a parent, teacher or in some other role.

The West Virginia Department of Education is gathering the input on the math and English/language arts standards to present proposed changes to the state Board of Education, which is expected to vote on any revisions by the end of 2015… 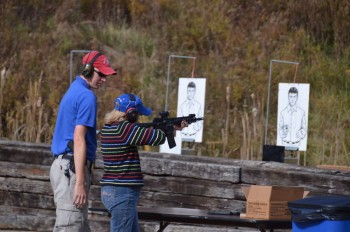 CLARKSBURG, W.Va. — The FBI hopes participants in its annual Citizens’ Police Academy aim to learn as much…
byBrian Canterbury

The Charleston Gazette: For the Boy Scout amendment

By ANDREA LANNOM The Register-Herald CHARLESTON, W.Va. — Within the next month, county clerks will be sending out…
byDon Smith