“The refuge consists of 22 islands and four mainland tracts scattered along 362 miles of river, most of it in West Virginia,” said refuge biologist Patty Morrison. “Altogether, we have about 3,300 acres — half of it underwater.”

To acquaint the public with the wide array of wildlife that lives beneath the surface of the Ohio, the refuge has hosted several “Under the Waves” programs at its visitor center near Williamstown. On Tuesday, a group of about 35 attended the most recent session, sponsored by the Friends of the Ohio River Islands Wildlife Refuge.

In addition to providing habitat for 105 species of fish ranging from tiny channel darters to 100-pound, plankton-eating paddlefish,the refuge is home to 45 species of freshwater mussels, including seven on the federal endangered species list, Morrison said. By the time the Ohio River Islands National Wildlife Refuge was formed in 1990, seven Ohio River mussel species had disappeared from the refuge’s section of the river but could be found elsewhere in the U.S. Four other former resident species had gone extinct globally.

Formation of the wildlife refuge saved the islands from sand and gravel dredging, a prime killer of mussels and their habitat, but failed to shield them from human-caused challenges. A 1999 chemical spill from a Marietta, Ohio, chemical plant killed an estimated 1 million mussels on a 13-mile section of the Ohio, and a 2005 barge accident at Belleville Locks jammed floodgates and caused a section of the river to go dry. “We lost the pool and millions of mussels froze to death,” Morrison said.

While Ohio River mussels appear to be on the road to recovery in the wake of the chemical spill and the barge mishap, they remain vulnerable to similar accidents in the future…

Marshall students turn off their phones to get ‘A’s’

HUNTINGTON, W.Va. — Criminal justice 302 Research Methods students were challenged to turn their phones off for an entire…
byBrian Canterbury 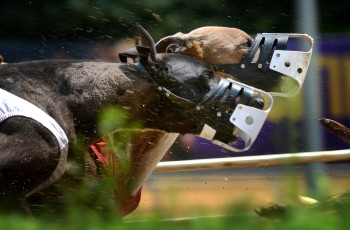 CHARLESTON, W.Va. — It was no coincidence that the national board of directors of anti-greyhound racing organization Grey2K…
byBrian Canterbury 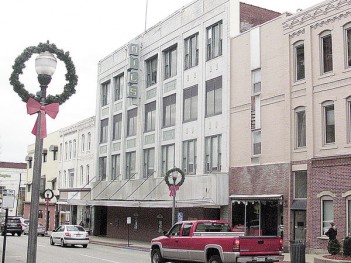 Downtown Parkersburg building to be auctioned

PARKERSBURG, W.Va. — An iconic downtown building could be going up on the auction block. A trustee sale…
byBrian Canterbury

W.Va. troopers give $100 bills instead of tickets