It nearly fell on him.

When a derecho swept across West Virginia on June 29, 2012, strong winds damaged buildings, uprooted trees and took down power lines across the state. Elbert’s Mason County community did not escape the damage.

“There were just trees everywhere and you heard the sound of chainsaws going,” Elbert said.

That gave him an idea.

He decided to gather the downed hardwoods from his neighbors and get them milled into lumber.

His neighbors liked the idea, too, often using their tractors and bulldozers to drag the trees to Elbert’s property.

He then found a portable sawmill that would process the trees for $200 per thousand board feet.

Elbert soon had 4,000 board feet of green sawn hardwood on his hands, but then realized he had no way to dry it.

Professional lumberyards use huge kilns to dry their lumber, and while air-drying is an option, it takes a really long time. 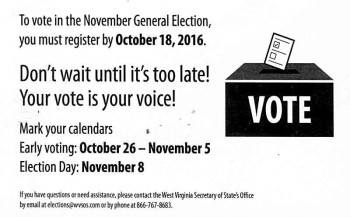 PARKERSBURG, W.Va. — Cards informing people they may be eligible to vote, but are not registered, are being…
byBrian Canterbury 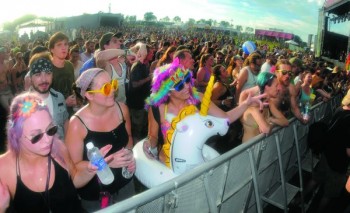 SUMMIT POINT, W.Va. — Though organizers of the 18th All Good Music Festival and Camp Out faced obstacles…
byBrian Canterbury