Life begins on the expressway

2 minute read
Weirton Daily Times photo by Shae Dalrymple Drew Purks and Corinne Laughlin were breathing a sigh of relief to have their son Elijah James safe and warm at home. The new parents delivered their baby Jan. 16 in the front seat of a car along U.S. 22.
Total
0
Shares
0
0
0

Weirton couple’s first baby born in their car on U.S. 22

WEIRTON, W.Va. —  After working a double closing shift at Olive Garden in Robinson Township, 24-year-old Drew Purks had been looking forward to getting some much-needed sleep Jan. 16. Just a few hours later he found himself helping his girlfriend, Corinne Laughlin, give birth to their first baby in the front seat of a Pontiac G6.

Laughlin, also 24, had a due date of Jan. 14, and by that time she had already experienced at least a week of painful contractions. When she and Purks visited their doctor in Sewickley, Pa., that Tuesday, they were told she was not ready and went back home to Weirton. The contractions continued.

“She was just miserable,” Purks said. “It was horrible. She couldn’t move out of the bed.”

Purks went to work Jan. 15 hoping Laughlin and their unborn baby would be OK for the length of his shift. When he returned in the early hours of the morning Jan. 16, he only got a few hours of sleep before he suddenly woke to screaming. Laughlin’s water broke, and the bed was covered in bodily fluids.

“It was so freaking scary,” he recalled.

They rushed to the car and headed for Sewickley, Pa. nearly 45 minutes away. About 15 minutes into the drive, Laughlin said she felt the baby’s head. She told him to stop at Weirton Medical Center, which was much closer, but Purks thought they could make it to their doctors – the ones they knew and trusted.

“I was flying down 22 at a hundred miles an hour with my flashers on, freaking out, and she’s screaming at me to pull over,” he said. “I just remember stopping and the only sign I could see was McDonald Midway sign, exit one mile. I looked over, and Corinne already had a hold of his head. I could see his hair.”

After pulling over, Purks called 911 and received advice not to cut the umbilical cord and to remove fluids from the baby’s mouth and nose. He was also told to keep the car running and warm and to try to avoid letting frigid winter air inside where the baby might be exposed to it.

“I just took off my coat, rolled up my sleeves, and she stayed right there in the front seat,” he said.

From the Natalie Tennant Campaign: Charleston, W.Va. — There are only three weeks until West Virginia voters can…
byDon Smith

By ANDREA LANNOM The Register-Herald CHARLESTON, W.Va. — A House committee advanced a bill Tuesday that would restructure…
byDon Smith

A 1.5-mile segment of Corridor H to open soon

WESTON, W.Va. — Area officials say Corridor H is progressing ahead of schedule by as much as three…
byBrian Canterbury 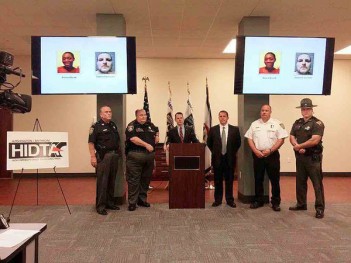