Half as many BASE jumpers expected for Bridge Day

BECKLEY, W.Va. — A considerably smaller contingent of BASE jumpers will be present for Bridge Day this Saturday, but the show will go on.

According to Mark Kissner, the volunteer coordinator for BASE jumping at the 36th annual Bridge Day on Oct. 17 near Fayetteville, 200 jumpers had registered as of early this week, which includes 38 first-timers. Registration was still being accepted.

The jumpers — as well as over 300 rappellers and nearly 200 vendors — will participate Saturday under security guidelines which have been altered since Bridge Day 2014.

Earlier this year, jumpers, rappellers and vendors were told they would have to submit to a new system adopted by the Bridge Day Commission at the request of the commission’s security committee.

There were two options — a finger scan or a third-party background check (the latter was added after the BDC originally imposed a requirement calling only for the finger scan).

The revised guidelines triggered talk of a Bridge Day boycott and the announcement of an alternate jumping event in Idaho at the same time as Bridge Day.

“We ended up with half the number of jumpers… 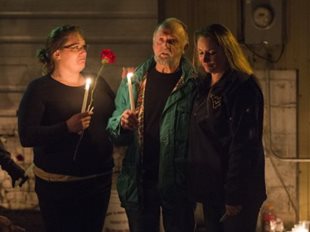 Friends, family hold vigil for man who killed 4, himself

PARKERSBURG, W.Va. — The West Virginia Division of Natural Resources is looking into what can be seen falling…
byBrian Canterbury 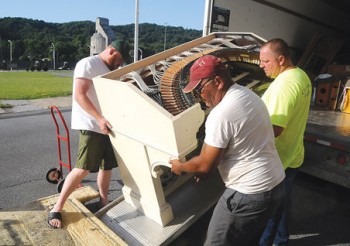