CHARLESTON, W.Va.  — Invoking the so-called “nuclear option,” Senate Republicans changed the rules of the high chamber on Thursday to end the 60-vote requirement for breaking up a filibuster against a U.S. Supreme Court justice, clearing the pathway to confirm Judge Neil Gorsuch, President Donald Trump’s appointee.

Despite his vote against the nuclear option, Manchin said last week he will vote to confirm Gorsuch, rule change aside.

The New York Times reported the Senate could vote to confirm Gorsuch as early as today. He will need 51 votes for a confirmation. There are 52 Republicans in the Senate, with three Democrats likely to join them in a confirming vote.

In a statement released prior to the nuclear vote, Manchin said despite his support of Gorsuch, filibusters are a necessity to protect against a runaway majority.

“I am deeply disappointed that, later today, many Senators plan to vote for the nuclear option, taking another step toward destroying the Senate,” he said.

“This filibuster was about politics and had nothing to do with Judge Gorsuch’s qualifications or fitness to serve on the U.S. Supreme Court,” she said. “The American people determined the direction of the Supreme Court during last fall’s election, and West Virginians overwhelmingly supported President [Donald] Trump in part because of his promise to nominate a judge like Neil Gorsuch.”

If confirmed, Gorsuch would take the seat of the late Antonin Scalia, the infamously textualist and conservative Justice who died in February 2016.

Gorsuch is expected to earn the votes of all Senate Republicans, along with three Senate Democrats — Manchin, Sen. Heidi Heitkamp, D-N.D., and Sen. Joe Donnelly, D-Ind. — all of whom are up for re-election in 2018.

Historically, the filibuster has been used to give minority parties power against the majority.

Scott Crichlow, chairman of the department of political science at West Virginia University, said while some say the filibuster is a check against rash decision-making, others would call it a minority-veto and unreasonable obstruction to legislation and confirmations.

Despite the ominous name, Crichlow said Thursday’s vote for the nuclear option is no shocker given the decade-long path of polarization within the U.S. Senate.

“This isn’t all that surprising given the last 10-plus years of Senate battles over major judicial appointments,” he said. “We’ve been on this path for a long time, and both parties have signaled they would do this.”

While President Barack Obama attempted to appoint Judge Merrick Garland to Scalia’s empty seat in 2016, the Republican majority, led by Majority Leader Mitch McConnell, R-Ky., denied him a hearing, squashing his chances. The cloud left behind by the snub has invoked ire from the political left throughout the Gorsuch’s confirmation process.

Additionally, Thursday’s deployment of the nuclear option is not the chamber’s first. In 2013, with the Democrats holding a majority, then-Majority Leader Harry Reid, D-Nev., triggered the nuclear option for all federal judicial nominees and executive office appointments. It spared, however, Supreme Court nominees.

Comparing the nuclear deployments, Crichlow said the two are not necessarily an equal comparison. He said without triggering the option in 2013, it’s likely that Reid would not have been able to confirm any judges, given the fierce obstructionism at the time.

“To get anyone confirmed, we simply have to do it,” Crichlow said, guessing Reid’s thinking at the time. “If we’re to have any vacancies filled, you have to go ahead and do it.”

In Manchin’s statement, the centrist offered a scathing criticism of the role reversal from then to now from both parties.

“Every Republican Senator joined me in opposing the rules change then, but now, they stand united to do exactly what they opposed three years ago,” he said. “Frustratingly, both parties have traded talking points: Republicans say it’s about obstructionism and Democrats say it’s a power grab. Their shifting positions and hypocrisy is the one thing that unites them.”

Following the nuclear option vote, a blame game erupted among key Senate influencers over who’s to blame and what the vote means.

In a statement, Sen. John McCain, R-Ariz., called the vote a “regrettable setback” for the Senate, but went on to blame the minority for bringing the chamber to where it is.

“The Democrats’ unprecedented, partisan filibuster of the nomination of Judge Gorsuch unfortunately left me with no other choice than to vote to change the rules and allow Judge Gorsuch to be confirmed by a simple majority,” he said.

Though Crichlow said the Senate could always vote again to reinstate its rules for blocking filibusters (undoing the nuclear option), such action is unlikely.

“I don’t see any change from this track in the near future,” he said. 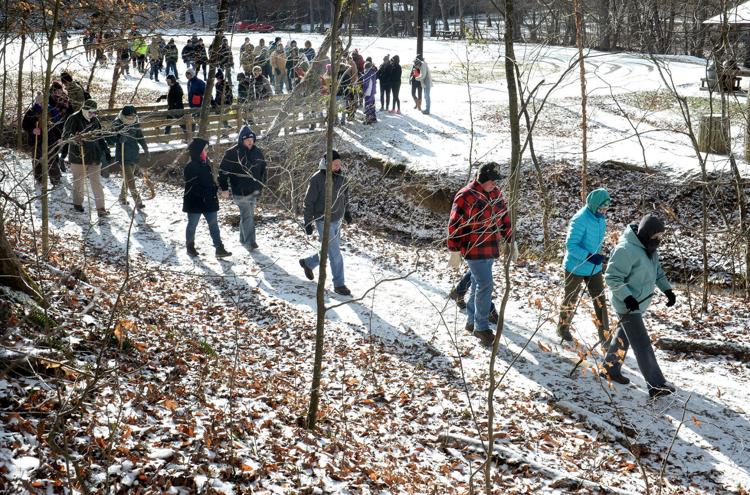 NCWV Media CHARLESTON, W.Va.  — Attorneys general of states and territories across the country sent a letter to…
byDon Smith