1 minute read
Bluefield Daily Telegraph photo Jeremiah Sexton, Mark Perry and Shannon Folks unload the 400-pound console to an antique theater organ outside the Granada Wednesday evening. The organ, which was the original organ from the Granada’s heyday, has returned home after being installed in other theaters in Indiana and Huntington.
Total
0
Shares
0
0
0

Volunteers labored to bring home the original organ of the Granada Theater on Commerce Street in Bluefield. Efforts to bring the instrument to Mercer County started 7 a.m. with a trip to the Keith Albee Theater in Huntington, Debrah Ammar, president of the Bluefield Preservation Society said.

“This has been an all day thing,” she stated as pieces of the vintage Wurlitzer organ were unloaded.

“A piece of history has come home,” volunteer Skip Crane of Bluewell said.

The organ left the Granada years ago and was taken to the Evans Theater in Indiana, and from there it was transferred to Huntington and installed at the Keith Albee, Ammar said. A mutual friend of Crane and Thomas Lester of Bluewell, former Bramwell resident Bob Edmunds, discovered the organ while teaching at Marshall University in Huntington. It became available when the Keith Albee’s original organ was found.

In 1927, both the Granada’s organ and the Keith Albee organ were built at the Wurlitzer factory in the state of New York; in fact, they were on the assembly line at the same time…

By FRED PACE The Herald-Dispatch CHARLESTON, W.Va. — A large, established technology company is considering West Virginia for an…
byDon Smith 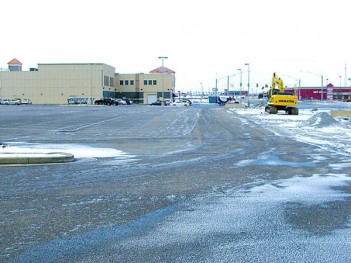