No. 1 Kentucky smashes WVU in Sweet 16

CLEVELAND — This was certainly not the way West Virginia envisioned ending its season, but at least the Mountaineers went quickly.

In fact, it was only a matter of minutes after Thursday night’s game with top-ranked Kentucky began that for all intents and purposes it also ended.

Dominating West Virginia as few teams have in the school’s entire history, the Wildcats ran out to an 18-2 lead at the start, had the Mountaineers down 44-18 at halftime and 54-19 eight minutes into the second half.

When all was said and done, the final was 78-39 and, yes, it was just as lopsided as the score makes it sound.

“We couldn’t have played any worse and I don’t think they could have played any better,’’ West Virginia’s Devin Williams said. “We really just got outworked as a team.’’

Outworked, outshot, outrebounded — suffice it to say that West Virginia was pretty much out-everythinged.

“We didn’t come out punching,’’ said Jonathan Holton. “They played their game and we didn’t play ours. We struggled.’’

By ANDREA LANNOM The Register-Herald BECKLEY, W.Va. — More than 30,000 ballots have been cast so far during…
byDon Smith 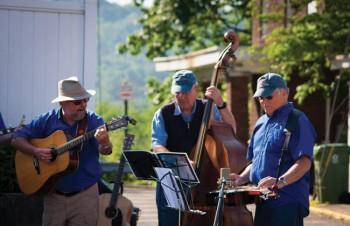 MORGANTOWN, W.Va. — The Morgantown Farmers Market has been allowing local farmers to share what they love with…
byBrian Canterbury