MORGANTOWN, W.Va. — A dermatologist may distinguish a mole from a tumor based on a glance, the way a cook can tell parsley from cilantro by sniffing it. But medical students don’t have enough experience to make such intuitive diagnoses.

Michael Kolodney, who chairs West Virginia University’s Department of Dermatology, has developed a smartphone app to cultivate that intuition in medical students sooner. An initial study suggests that the app, called Skinder, may improve how accurately medical students diagnose melanomas. The study’s findings have been published in “JAMA Dermatology.”

“Dermatologists make their diagnoses based on just looking at a lesion and seeing what comes to mind. The reason medical students can’t do that is they have very limited exposure to dermatology,” said Kolodney, who also treats dermatology patients through WVU Medicine. “The idea behind the app was to expose them to thousands of images in a short amount of time to develop this intuitive sense.”

Thirty-six WVU medical students participated in Kolodney’s study of the app. None of them had completed a dermatology rotation yet. During the study, half of the participants spent an hour reviewing the “ABCD rule” for identifying melanomas. The rule explains how clinicians can recognize melanomas by their asymmetry, irregular borders, uneven coloring and diameters greater than 6 millimeters.

The other half of the participants spent an hour using the app to rapidly browse through images of lesions and categorize them as malignant or benign based solely on their appearance and without formally applying the ABCD rule.

When the medical students took a follow-up test to see how well they could visually diagnose melanomas, participants who used Skinder scored significantly better than their counterparts who focused on the ABCD rule.

Kolodney—whose research team included WVU medical student Frank Lacy and dermatology residents Garrett Coman and Alex Holliday from the University of Utah School of Medicine and Virginia Tech Carilion School of Medicine, Roanoke, respectively—thinks the premise of Skinder could be useful in other fields that rely on visual diagnosis, such as radiology and ophthalmology. Eventually he wants to expand Skinder’s photo library and make the app available for free download. That way more medical students, and even dermatology patients, can use it.

“Generally you learn by rules, and then when you get enough experience, you do it by intuition, but can you skip the rules?” Kolodney asked. “How much of medical decision-making is based on experience, and how much is based on actual rules or a decision tree? It’s kind of a philosophical argument.”

Mooney votes no as other West Virginia, Ohio reps back budget in House vote

By JESS MANCINI The Parkersburg News and Sentinel WASHINGTON — A budget package passed Thursday by the U.S.…
byDon Smith 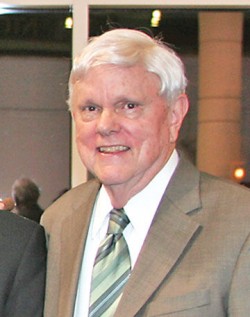 FAIRMONT, W.Va. — When John Veasey walked into the newsroom of the West Virginian on Oct. 3, 1958,…
byBrian Canterbury