CHARLESTON, W.Va. — Members of the Senate split along party lines Monday, Feb. 27 to pass a bill that would clarify the state’s year-old right-to-work law, which has been challenged in court.

Proponents of right-to-work laws argue they promote business growth, while opponents see them as attempts to kill unions and drive down wages.

West Virginia became the 26th state to adopt a right-to-work law when the Legislature passed the Workplace Freedom Act last year. However, the AFL-CIO and others challenged the new law in Kanawha Circuit Court.

Sen. Charles Trump, R-Morgan, said Bailey questioned the constitutionality of the Workplace Freedom Act, but also said the legislation was ambiguous in certain sections about whether it applied to state employees or to employees of some construction trades.

The law likely will end up in the state Supreme Court.

Trump told fellow senators on Monday that lawmakers couldn’t do anything about the constitutional issues surrounding the legislation, which would be up to the court to decide. But he said the Legislature could do something to clean up the language Bailey found misleading.

Trump, chairman of the Senate Judiciary Committee, introduced Senate Bill 330 to fix the language to which Bailey objected.

Senators voted 22-12 to approve the changes, with Republicans voting in favor of the legislation and Democrats voting against.

Also Monday, members of the House of Delegates voted unanimously to support a governmental ethics bill that would expressly prohibit nepotism in government and agencies. The bill, introduced by Delegate Kelli Sobonya, R-Cabell, and others, also would require government officials to recuse themselves from voting on appropriations for nonprofits if they’re on the board of directors or an officer in the nonprofits, and would require officials to disclose whether they have a connection with a business with which the state is contracting.

Sobonya has sponsored or co-sponsored several ethics bills over the past several years.

Kids and Families Day Kick Off at Culture Center at 9:30 a.m. CHARLESTON, W.Va. — The Our Children, Our Future Campaign is convening…
byDon Smith 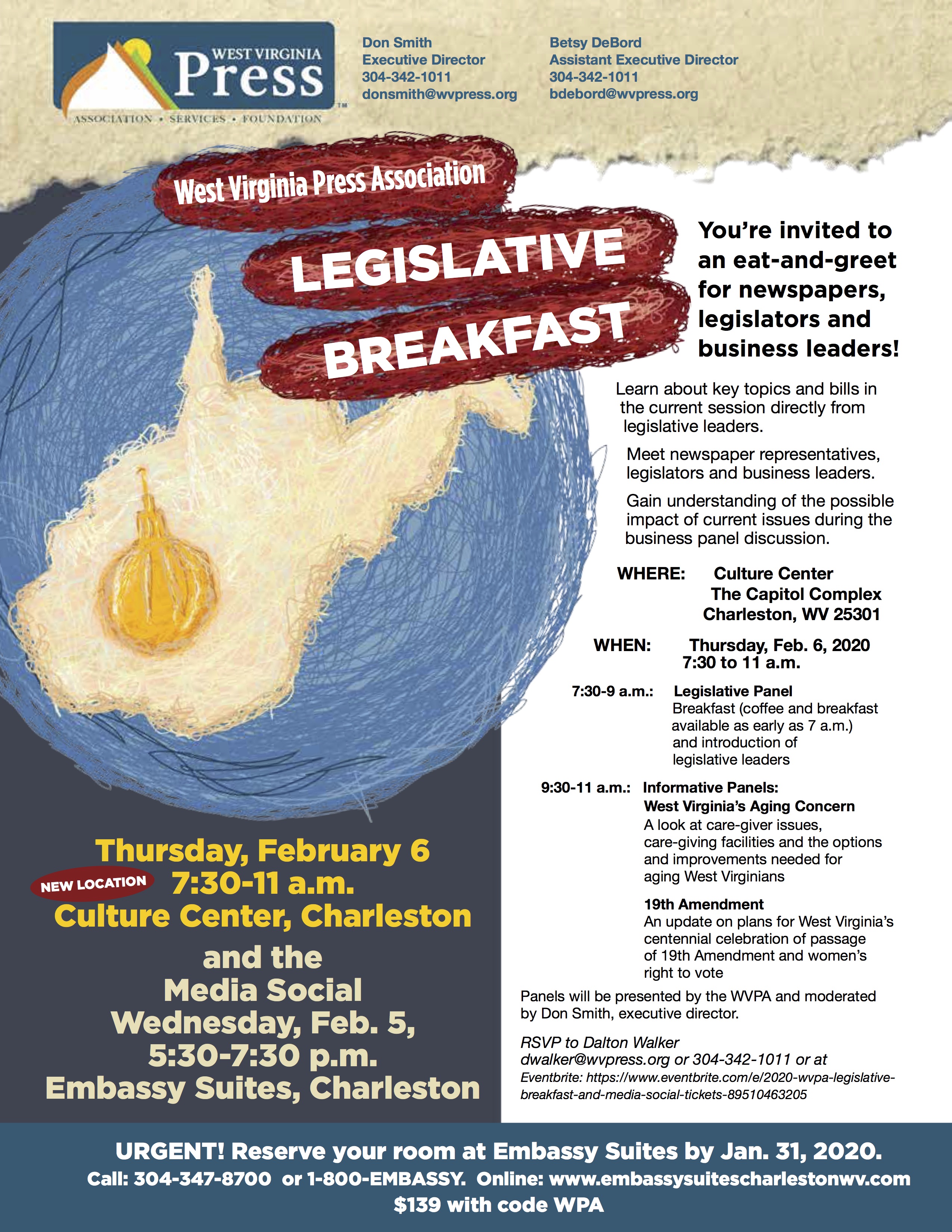 By PHIL KABLER Charleston Gazette-Mail CHARLESTON, W.Va. — Faced with the possible elimination of nearly half of its…
byDon Smith