CHARLESTON, W.Va. — Hours after a lone gunman attacked Republican members of Congress near Washington D.C., Wednesday sending five to the hospital including the House Majority Whip, the West Virginia governor criticized the charitable baseball game the congressman were practicing for.

In an interview with WSAZ-TV, Gov. Jim Justice on Wednesday, while calling the event “tragic and sad,” criticized the Republicans-against-Democrats format of the game.

“Isn’t that wrong?” he said. “Don’t they have so much other to do for the people? Why does it have to be a game all the time between the Democrats and the Republicans? It’s not a game here. We have work to do here for the people. It’s a tragedy of what happened beyond belief, but really and truly it is just a game … It should be thought of as something to go to as a fundraiser for the people. It shouldn’t be thought of as a way to one up the other side. That’s what we do all the time here … we’ve got one side trying to one up the other side or vice-versa all the time.”

Attempts were made Monday evening to contact Justice’s spokesman and director of communications, though neither could be reached to clarify the Governor’s comment.

Despite his remarks, Justice still is a boys and girls basketball coach for Greenbrier County Schools, according to his financial disclosure form.

According to an FBI statement on the investigation, a lone gunman identified as James Hodgkinson, 66, of Belleville, Illinois, approached Eugene Simpson Stadium Park with a rifle and a handgun and opened fire on members of the U.S. Capitol Police and GOP Congressmen. The lawmakers were preparing for the annual congressional baseball game, a charitable event, scheduled for Thursday evening.

The Alexandria police arrived, and ultimately killed Hodgkinson in a firefight. Five individuals were hospitalized including House Majority Whip Steve Scalise, R-La., a congressional staffer, and a lobbyist. Scalise, who was shot in the left hip, required immediate surgery and remained in critical condition late Wednesday at MedStar Washington Hospital Center, according to an update from the hospital. The hospital added that Scalise would require additional operations.

After reading Justice’s comments, several West Virginia politicians were taken back by his words.

Delegate Patrick McGeehan, R-Hancock, said Justice should have put some more thought into his remarks.

“What happened was terrible, and that’s ridiculous,” he said. “…Sometimes, people should think more seriously before they open their mouths, especially when you’re dealing with a sudden tragedy.”

Delegate Mike Folk, R-Berkeley, said the comments seemed insensitive. A commercial pilot, Folk was suspended from his job at United Airlines in 2016 for calling for the public execution of Hillary Clinton.

“Sometimes it’s better to keep quiet,” he said. “I don’t have much else to say.”

“I think [Justice] is missing the whole point,” he said.

At the federal level, U.S. Rep. Evan Jenkins, R-W.Va., offered comment upon reading Justice’s remarks. He said it was time for Democrats and Republicans to “tone down the political rhetoric.”

Walking out of the Capitol, a spokeswoman for U.S. Sen. Joe Manchin, D-W.Va., declined to comment on the governor’s remarks. 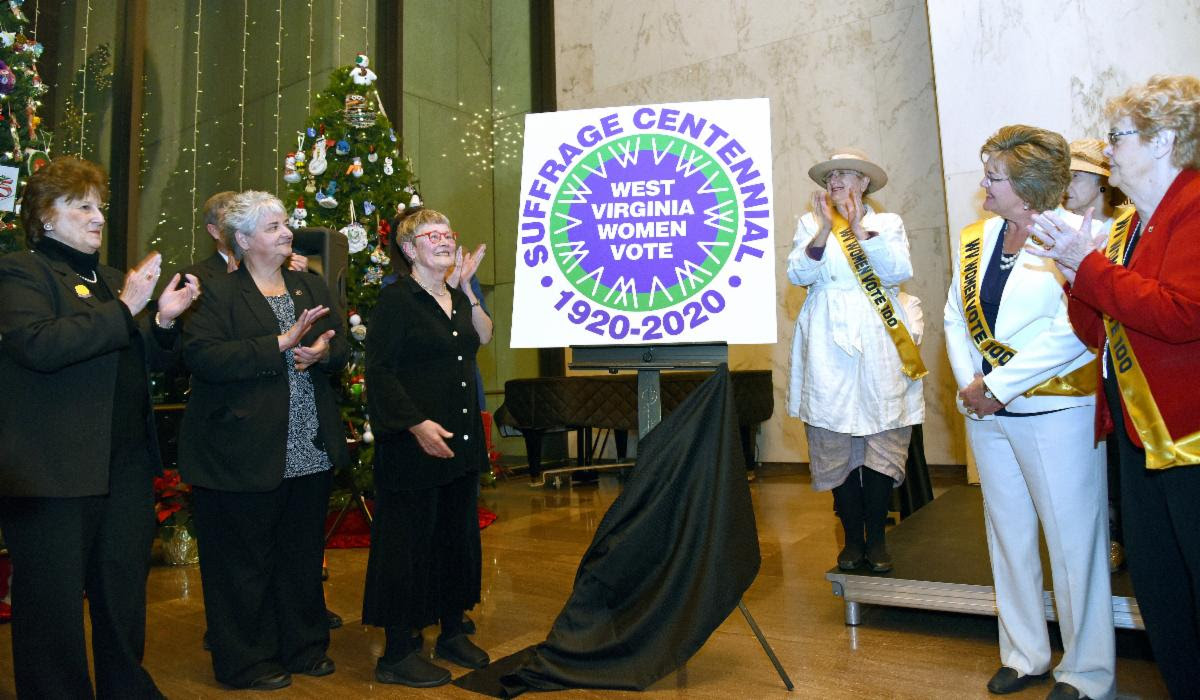 W.Va. Secretary of State’s office coordinating the celebration, unveiled the official logo at opening event in at state…
byDon Smith

By ANDREA LANNOM The Register-Herald CHARLESTON, W.Va. — Standing in front of the West Virginia Capitol, a grassroots…
byDon Smith

By Steven Baublitz, The Exponent Telegram CLARKSBURG, W.Va. — In accordance with the Coronavirus Aid, Relief, and Economic…
byDon Smith