Gov. Jim Justice employed his version of shuttle diplomacy Thursday, shuttling between cliques of legislators housed in various Capitol building meeting rooms in what turned out to be a daylong effort to try to come up with a compromise between glaringly different Senate and House of Delegates’ plans to raise revenue to balance the 2017-18 budget.

As the daylong meetings broke up Thursday evening, the talks seemed to be making progress, going into a scheduled second day on Friday.

“It’s one of the more productive series of conversations we’ve had with him,” House Speaker Tim Armstead, R-Kanawha, said of some two hours of meetings Justice had with House leadership.

He said there were no breakthroughs Thursday, adding, “There are a lot of numbers that have to be run on some of the offers and counteroffers.”

A key sticking point in the revenue plans has been a proposal by Senate Republicans to lower income tax rates, making up some of the lost revenue with higher sales taxes, a plan Justice has supported despite bipartisan opposition in the House and, lately, from Senate Democrats.

Armstead said Justice did not indicate if he would consider taking that issue off the table, but said, “I think he’s listened to what everyone’s views are on that.”

Thursday’s “mediation sessions” were the latest and most unorthodox attempt to break a 22-day impasse on the 2017-18 state budget, with 36 days left to come up with a spending plan to avoid a state government shutdown on July 1.

Having made little progress after 10 days in special session, House and Senate leadership agreed on one thing Wednesday evening: To adjourn the special session until June 5 to give Justice an opportunity to negotiate with all sides.

About an hour after the adjournment, Justice — declaring himself to be mediator-in-chief — announced that he would put Carmichael, Senate Minority Leader Roman Prezioso, D-Marion; Armstead, and House Minority Leader Tim Miley, D-Harrison, along with members of their leadership teams, into separate rooms, and would meet separately with each group “to better understand the positions of each side.”

“I want to get this budget deal done, and a mediation session will hopefully help us get there,” Justice said in the announcement. “We are all West Virginians and we all want a path forward that will help our people. Rarely has West Virginia had this opportunity in the midst of a terrible crisis; we don’t want to lose this moment.”

Since the last day of the regular session on April 15, Justice had been siding with the Senate Republican plan, which calls for a two-year 20 percent reduction in income tax rates that proponents believe which spur economic investment in the state. That plan also calls for a roughly $50 million a year tax break on coal severance taxes.

Conversely, the plan would raise about $280 million a year of new tax revenue by increasing the state sales tax from 6 percent to 7.25 percent, equaling California for the highest state sales tax rate.

Because the sales tax increase would take effect on July 1, and the income tax reductions would begin on Jan. 1, 2018, the proposal provides $147 million of new revenue to balance the 2017-18 budget, but is projected to produce growing deficits each year afterward, according to the Department of Revenue fiscal note.

The House sent a strong message Wednesday when it voted 85-0 to refuse to concur on the Senate plan, shortly before the decision was made to put the session on a second hiatus.

With a bipartisan 74-17 vote, the House on May 19 endorsed a more conservative revenue plan to raise about $100 million a year, primarily by closing some sales tax exemptions in current law. However, that plan is about $150 million short of the revenue needed for Justice’s proposed $4.35 billion budget.

Senate Democrats on Wednesday attempted to advance the House proposal, along with a 0.5 percent sales tax increase that would fill the budget gap, but that offer was rejected by the Senate by an 11-20 margin.

Normally, the legislation (HB 107) would have been placed into a House-Senate conference committee to try to resolve differences, but the session was abruptly put on hold Wednesday at Justice’s request.

When the session, which has cost approximately $306,000 for legislators’ per-day pay and expenses to date, resumes on June 5, legislators will be facing a 25-day deadline to finalize the 2017-18 budget bill.

Wards of the State: Foster Care strains a family

Editor’s note: This ongoing ‘Wards of the State’ series explores West Virginia’s challenges in caring for its foster…
byDon Smith 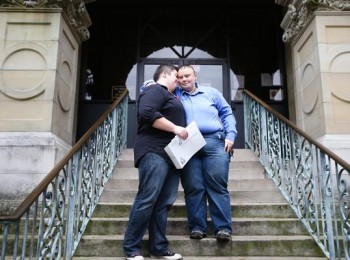 HUNTINGTON, W.Va. — Sarah Adkins and Casie McGee didn’t wake up Thursday morning with a wedding on their…
byBrian Canterbury

Editorial: Broadband is a modern necessity

From The Charleston Gazette-Mail, Gazette editorial page: A couple of years ago, Suddenlink invested millions and began providing…
byDon Smith

EDITORIAL: Tick-Tock: Time is running out for a reasonable budget

The Parkersburg News and Sentinel editorial Unless a budget is in place by June 19, state and local…
byDon Smith