CHARLESTON, W.Va.  — Despite multiple attempts by delegates, including the Republican judiciary committee chairman — to amend a bill to alleviate concerns of the state’s colleges and universities, the House of Delegates passed a bill Wednesday to allow students to carry concealed handguns on campus.

Even with some Republican house members voting with the Democratic minority, a majority of Republicans and a handful of Democrats shot down 9 out of 10 amendments offered Wednesday night to House Bill 2519, the Campus Self Defense Act. The bill passed 59-41 and now heads to the senate.

Also called Campus Carry, HB 2519 would college students to carry handguns at colleges and universities as long as they have a valid concealed weapon permit. There are exemptions, including organized events, stadiums and arenas with more than 1,000 attendees. Colleges and universities would have to provide storage for weapons in prohibited areas.

Voters to decide if abortion a right in West Virginia

By TAYLOR STUCK The Herald-Dispatch CHARLESTON, W.Va. — Along with electing new representatives to speak for them in both…
byDon Smith 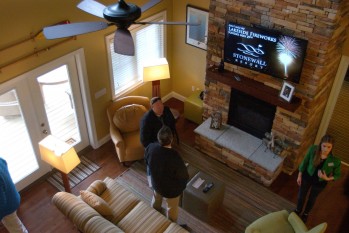 From the Wheeling News-Register: There was plenty wrong with the state budget proposal West Virginia legislators sent to…
byDon Smith