Writer to give lecture on Thurgood Marshall at MU

Among other prizes, “Showdown” won the Scribes Book Award, given annually to the best book written on American law, and was a finalist for the Dayton Literary Peace Prize.

As Haygood will discuss, Marshall led a “singular life in pursuit of justice.” At the time of his nomination to the Supreme Court, Marshall was the nation’s leading civil rights lawyer, having handled cases including the seminal Brown v. Board of Education case that overturned the separate-but-equal doctrine and resulted in school desegregation.

Haygood will discuss “the undeniable reality of why Marshall and his vision of jurisprudence – from voting rights to women’s rights to fair application of law enforcement – is now more important than ever in our nation.”

During nearly 30 years as a journalist, Haygood was national and foreign correspondent for The Boston Globe, where he was a finalist for the Pulitzer Prize, and a national writer for The Washington Post. His story “A Butler Well Served by this Election” was the basis for the 2013 award-winning motion picture “The Butler,” and his book “The Butler: A Witness to History,” has been translated into more than a dozen languages.

The Amicus Curiae Lecture Series is sponsored by the Simon Perry Center for Constitutional Democracy at Marshall University and supported by a grant from the West Virginia Humanities Council.

The third lecture of fall 2017 will be Thursday, Nov. 9, when Vanderbilt University professor Dr. Marc Hetherington will deliver a lecture focused on political polarization in the United States, “Fixed World View or Fluid? Why Republicans and Democrats Hate Each Other.”

WVU Today MORGANTOWN, W.Va. — Similar to how microwave ovens heat soup but not the bowl, researchers at…
byDon Smith 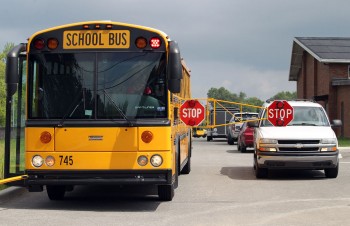 HUNTINGTON, W.Va. — Police across West Virginia will now have an easier time pursuing and charging drivers who…
byBrian Canterbury