Some would win, some would lose if personal property taxes were repealed

CHARLESTON, W.Va.  — Bruce Moore has looked at the numbers when it comes to the most recent proposal to eliminate West Virginia’s personal property taxes, and he knows who the winners and losers would be.

The big winners, he says, would be people living in mobile homes on rented land. The big losers would be the 55 county sheriff departments.

“If you cut 50 percent of the revenue from a county government, you’re going to gut the sheriff’s office,” said Moore, who recently retired as IT manager for the Kanawha County assessor’s office.

Jonathan Adler, executive director of the West Virginia Association of Counties, has been talking with state officials who are in the talks to replace the personal property taxes for individuals and businesses with other revenue streams. He uses a different figure. He says removing personal property taxes, which for businesses includes the much-maligned inventory tax, could cost local governments about 27 percent of their existing revenues.

“That would be a big loss to us. If they want to eliminate that tax, we’re looking for something to backfill it,” he said.

Moore did his calculations based on Senate Joint Resolution 8, which among other things would repeal the personal income tax and replace it with other taxes and appropriations. SJR 8 died in the Senate Judiciary Committee as the regular session ended.

Moore used the language in the bill to calculate the effects of SJR 8 on every class of property and every excess levy for each county government and county school board in the state. It’s a 113-page document full of numbers in small print.

Even if the state were to backfill all or part of the loss for a while, that would end in 10 years as the personal property tax was phased out, Moore said.

Some county offices would survive better than others, Moore said. The assessor’s office could absorb cuts because it would need fewer people in the absence of the personal property tax, he said.

That leaves the sheriff’s department as the one hardest hit, he said.

Kanawha County Sheriff Michael Rutherford agreed that a drop in revenue would mean a drop in services.

“We would have to lay off deputies. We wouldn’t be able to answer 911 calls in an expeditious manner. It would cripple law enforcement,” he said.

Road patrols would take a harder hit because of other duties the sheriff’s department must fulfill, Rutherford said. Those include providing bailiffs and security for the courts and serving papers, “which would mean we would have to pull that many more people off road patrol,” he said.

“The funding that we receive from these taxes is very important to our school system’s investment in the needs of all of our students. Unless they can come up with a way to compensate for the lost funding, it would be devastating to our school system,” Duerring said.

Adler said he understands the concerns voiced by Commerce Secretary Woody Thrasher and others are saying about how levying personal property taxes on business can inhibit investment in the state, but he’s also concerned about what happens at the local level.

“We’re hopeful that we can find a solution that fills that hole,” Adler said.

Adler said he has not looked at the proposals being circulated and the association is not proposing any new taxes to replace the personal property tax. It is willing to work with other groups and look at options, he said.

Moore said eliminating the personal property tax as proposed in SJR 8 could spur investment in some ways. SJR 8 would phase out the tax on existing property and exempt any new personal property from the tax. That could lead some businesses to replace existing equipment with new, he said.

On the personal level, losers under SJR 8 would be a person with a $100,000 home and a $40,000 car. Such a person would pay more in real estate taxes to cover the lost revenue from personal property taxes, Moore said.

“Basically, at the end of 10 years, he’s not going to be taxed for anything,” Moore said.

Or that could happen in the first year if the mobile home owner transfers the title to another person. Neither would have to pay a tax on the mobile home, he said. 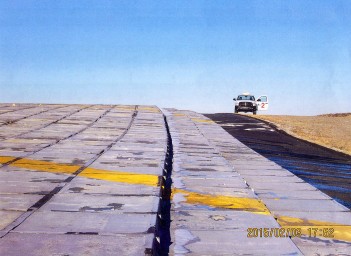 CHARLESTON, W.Va. — The man-made slope at Yeager Airport that collapsed in a massive landslide seven weeks ago,…
byBrian Canterbury 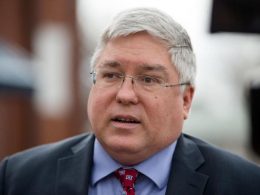