CHARLESTON , W.Va. — A bill to create an intermediate court of appeals — a level between circuit court and the state Supreme Court of Appeals — passed mostly along party lies on Thursday and heads to the House of Delegates.

Cabell County Senator Mike Woefel was the only Democrat voting for the bill in the 23-11 vote.

Proponents have said the court is needed to give people a better chance to appeal and take extra caseload off the state’s Supreme Court.

However, those who oppose the measure said it’s not necessary because the Supreme Court already handles appeals.

Costs have also drawn debate. The state Supreme Court administrative director previously said the total cost for the first year would be $11.7 million and $10.2 million in subsequent years. However, a committee fiscal note projected the cost to be closer to $3 million. 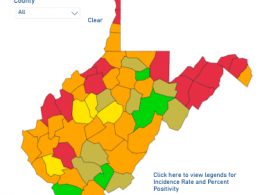 CLARKSBURG, W.Va. — A tentative agreement has been reached in FirstEnergy’s $152-million base rate case, officials privy to…
byBrian Canterbury

West Virginians have saved $4.3 billion on natural gas in the last decade