W.Va. Secretary of State’s office coordinating the celebration, unveiled the official logo at opening event in at state Capitol

Release from the W.Va. Secretary of State’s Office:

CHARLESTON, W. Va. – West Virginia Secretary of State Mac Warner and members of the WV Centennial Celebration of the 19th Amendment kicked off a yearlong commemoration of women’s suffrage at a special “EqualiTea” reception on Wednesday at the Culture Center in Charleston, prior to the Governor’s State of the State Address.

West Virginia became the 34th state to ratify the 19th Amendment – which guaranteed women the right to vote – on March 10, 1920. The Amendment was certified in August 1920.

Over the last six months, Secretary Warner’s Office has worked with community, civic, educational and political party leaders throughout the state to coordinate and promote a series of local events to celebrate the passage of the 19th Amendment.

More than a dozen women from organizations throughout the state dressed in 1920-period costume and “WV Women Vote 10” sashes. Several also attended the Governor’s State of the State Address.
Colleen Anderson, a Charleston-based graphic designer, created the logo and attended the unveiling.

“One of my earliest memories is of nestling between my parents in their bed while they listened to election returns on the radio, probably in the fall of 1952,” Anderson said in her statement. “By example, they taught me that voting was not only my privilege, but my patriotic duty. We often disagreed about politics, but we agreed on the importance of voting.

“I created this design to encourage West Virginia women to vote as a way of honoring their mothers, grandmothers, great-grandmothers, and all the women who fought for every woman’s right to vote, as well as to provide a patriotic example to their daughters and granddaughters.”

For more information on the WV Centennial Celebration of the 19th Amendment, including a growing list of events planned throughout the state, visit our website and commemoration page on Facebook.

The statewide planning committee for WV’s Centennial Celebration of the 19th Amendment unveiled the official logo for the commemoration at the group’s “EqualiTea” reception on Wednesday, Jan. 8, 2020, at the Culture Center. Charleston-based graphic designer, Colleen Anderson, left of poster, designed the logo. 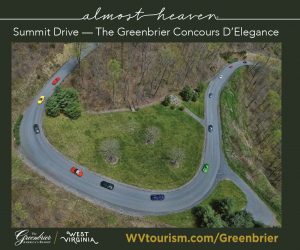 By DAVE LAVENDER The Herald-Dispatch BARBOURSVILLE, W.Va. — There’s more than one way to get from Barboursville to…
byDon Smith

Editorial: The spending of tax dollars is the public’s business