CHARLESTON, W.Va.  — Despite West Virginia’s abundance of natural gas resources, coal remains king in the Mountain State — at least when it comes to power-generation facilities.

Doug Douglass, a consultant for the Independent Oil and Gas Association of West Virginia, said generating electric power from shale gas is something the Mountain State is missing out on when compared to neighboring states that have already begun to tap into this resource.

“If you compare us primarily to Ohio and Pennsylvania and you look at how much gas each of those states use for power generation, Ohio — 30 percent of their electricity is by natural gas power plants,” he said. “Pennsylvania is 32 percent, and West Virginia is 1 percent. On the flip side of that, in Ohio, 51.5 percent is generated by coal; Pennsylvania, 21.1 percent; West Virginia, 92.5 percent. So, you can see it’s very lopsided toward coal power generation, and that has kind of made sense historically based on us being some of the largest coal producers.”

Many destinations to become available through CKB 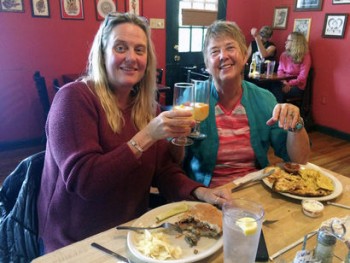 SHEPHERDSTOWN, W.Va. — Sunday morning brunch-goers were able to enjoy a mid-morning drink for the first time in…
byBrian Canterbury