CHARLESTON, W.Va. — W.Va. Senator Bob Beach, D-Monongalia, has written a letter to Governor Jim Justice, asking him to issue an Executive Order declaring that a public health emergency exists around the dangers of e-cigarettes.

This request comes on the heels of an incident wherein two Morgantown High School students overdosed on heroin that had been injected into vape pen chemical canisters. Morgantown police seized more than 100 charged vape solutions, marijuana, packaging materials, empty vape cartridges and arrested a juvenile suspect in relation to the incident.

The federal Centers for Disease Control and Prevention (CDC) and the Food and Drug Administration (FDA) and state and local health departments nationally are investigating a multistate outbreak of severe lung disease associated with the use of vaping products including, but not limited to, e-cigarettes. National and local authorities—including the US Surgeon General and the WV State Health Officer—have released statements warning of the effects and potential abuses of vape products and e-cigarettes.

States including California, Massachusetts, New York, Rhode Island, Washington, Utah, Oregon, Montana and Michigan have moved to ban the sale of vaping products. In September, the White House announced that the federal government also plans to act to ban flavored e-cigarettes, including menthol-flavored products. Specifically, the U.S. Food and Drug Administration will develop guidelines to remove all e-cigarette flavors, aside from tobacco flavor, from the market. Senator Beach asks for swift action from the Governor to align the state with these coming changes. 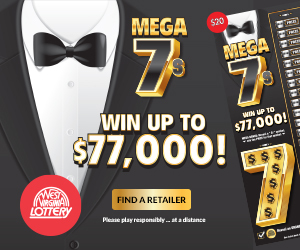 By STEVEN ALLEN ADAMS The Parkersburg News and Sentinel CHARLESTON, W.Va.  — The House of Delegates passed out…
byDon Smith

By EVAN BEVINS The Parkersburg News and Sentinel PARKERSBURG, W.Va. — The people who likely have the most…
byDon Smith