From the W.Va. Secretary of State’s office:

CHARLESTON, W.Va. – Secretary of State Mac Warner says his Office is ready for the 2018 primary and general elections, starting with the January filing period for candidates.

On Monday, Jan. 8, candidates planning to run for office in the May primary and November general elections will need to file their certificate of announcement with the Secretary of State’s Elections Division or the county clerk’s office, depending on the office sought. Candidates have between January 8th and midnight Saturday, January 27th to file their paperwork.

“After overseeing 131 municipal elections last year and October’s special election, our office is ready for the 2018 midterm elections,” Secretary Warner said. “I will do everything within my authority as the state’s chief elections officer to ensure our elections are fair end secure.”

Candidates for federal, statewide, legislative, and judicial (excluding magistrates) offices, as well as those running for office in more than one county file their certificate of candidacy with the Secretary of State’s Office. All other offices file at their respective county clerk’s office.

Offices on the ballot this year include: U.S. Senate, U.S. House of Representatives; West Virginia Senate and House of Delegates; county commissions; county boards of education; conservation district supervisors; Greater Huntington Park and Recreation District; political party executive committees for statewide, districts, and counties; and any vacancies that are to be filled.

Alternatively, candidates can mail their certificate of announcement and filing fee to the West Virginia Secretary of State’s Office, State Capitol Building, Charleston, WV 25305. All mailed filings must be received or postmarked by January 27th.

Also starting Monday, candidate filings in the Secretary of State’s Charleston office will be livestreamed on our website at www.wvsos.gov. 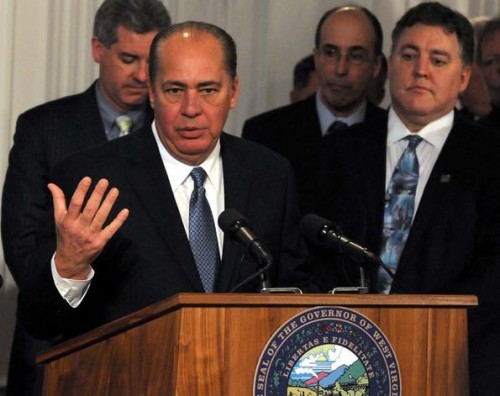 By CASEY JUNKINS The Intelligencer and Wheeling News-Register WHEELING, W.Va.  — Although relatively short on specifics during a…
byDon Smith