“We’re disappointed the U.S. Supreme Court denied our petition in this appeal, although we understand it as the odds were stacked against us given the small number of cases the Court decides to hear each year,” Speaker Hanshaw said.

“It’s important to remember, our appeal in this case was never about any one individual or restarting the impeachment proceedings that were halted last year. This appeal was about restoring the proper balance and separation of powers between our state’s three branches of government – a balance that we feel was irreparably harmed by last year’s state Supreme Court decision,” Speaker Hanshaw said. “We still firmly believe last year’s decision was deeply flawed, went far beyond the scope of what the Court was asked to consider, and establishes a precedent that could have significant unintended effects on the legislative branch in the years to come. 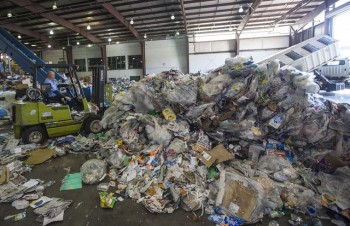 One W.Va. county helps another with recycling