Release from United Citizens for Coal:

CHARLESTON, W.Va. — Earlier this week, United Citizens for Coal launched Coal for Trump, an organization focused solely on the upcoming race for the presidency of the United States.

“We believe Donald Trump offers real hope to our coalfield communities. He has said clearly that he will push for the reining in and elimination of the U.S. Environmental Protection Agency – the rogue federal agency that has been used as a political weapon by the Obama Administration and the national Democratic Party against its political enemies – most notably America’s coal and energy industries,” Roger Horton, president of United Citizens for Coal.

“Trump understands that America must rebuild its manufacturing base, and to do so it needs dependable American energy sources like coal. Without coal you can’t make steel. Without coal, our nation simply can’t keep its lights on and its engine of industry turning,” Horton said. “Yes, Hillary Clinton has promised to fund a $30 billion relief effort for the nation’s coalfields, but when you actually look at the programs she would include in this “coalfield relief” it becomes clear our mining communities in West Virginia would get pennies on the dollar for what they have taken from us.”

Horton said to put it in perspective, West Virginia’s coal industry provides $3.4 annually in wages alone and $26 billion in contributions to the state’s gross state product.

“Beyond that, Clinton says she wants to “retrain” coal miners – what exactly would they be retraining for?  What about the homes, cars and possessions that would likely be lost? How about the damage done to these people’s lives? Ruined credit would prevent many from leaving even if they could find another job.

“We don’t need band-aids. No matter how big they are, a band-aid won’t stop a hemorrhage. And we are hemorrhaging jobs across the coalfields. Our coal miners need to be unshackled and set free from the regulatory chains imposed on them by the Obama’s overseers at the EPA.

“As a lifelong Democrat, I would never have believed a Democratic president  — or ANY president — would intentionally destroy an entire segment of the nation’s economy. I would never have believed either national political party would do so, but that is exactly what the Obama Administration and the new leadership of the national Democratic Party has done. Now Hillary wants to continue and complete the work started by Obama. She gleefully said in Ohio that “we are going to put a lot of coal miners and coal companies out of work.” Then – as an afterthought she offered a pat on the head and a “now be a good dog and go away.”

Horton said for these reasons, West Virginians must support Donald Trump in his bid to be the next president. We need to bring the nightmare of the past seven years to an end. The 11,000 unemployed coal miners and 50,000 service and contract workers currently laid off can’t afford to wait another year much less another four.

Citizens for Coal is dedicated to promoting awareness and education of the importance of the coal industry for the continued growth and development of our state. As a group, we express our thoughts and concerns to law makers both at home and in our country’s capital whose decisions will have long-lasting impacts on our livelihoods. We foster a ‘we can’ mentality that reminds us all that together we can make a difference. We understand that coal can and should be mined using the most efficient and safe technologies to date. We take pride in the fact that as workers, we are well trained and skilled at our trades.

WVU Today MORGANTOWN, W.Va. — As they marked a symbolic day in their medical journey, 109 students in…
byDon Smith
2 shares
2
0
0 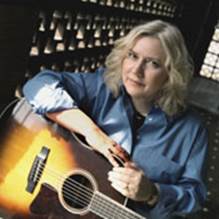