From the Office of U.S. Senator Joe Manchin:

WASHINGTON, D.C. – U.S. Senator Joe Manchin, D-WV, applauded the meeting between West Virginia University (WVU) and Virgin Hyperloop One on the prospect of building their proposed certification and test center in West Virginia.

Senator Manchin previously met with the leadership team of Virgin Hyperloop One on October 16th to discuss the possibility of building the center in West Virginia. Following that meeting, Virgin Hyperloop One released a request for proposals earlier this month to states, regional or local governments, and other organizations – including West Virginia – to create a certification and test center to establish regulatory standards for the new technology. Senator Manchin is a member of the Transportation Appropriations Subcommittee, which will oversee the Department of Transportation’s newly-formed Non-Traditional and Emerging Transportation Technology (NETT) Council and is intended to support innovative transportation projects like hyperloop.

Giles Snyder Column: Deep in the heart of winter

Editor’s Note: Giles Snyder is a freelance columnist and your newspaper can purchase his columns. Giles is listed…
byDon Smith 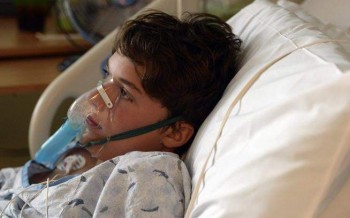