Study: WV one of states most dependent on federal funding

CHARLESTON, W.Va. — West Virginia depends on federal funding more than all but four states, according to a report released this week.

The Mountain State finished fifth behind Kentucky, Mississippi, New Mexico and Alabama in the personal finance website WalletHub’s analysis of how much return each state sees on its federal income tax contributions.

The analysis, written by John Kiernan, comes less than a week after a blueprint of President Donald Trump’s budget was released. The budget proposed eliminating several federal programs and agencies with frequent activity in West Virginia, including the Appalachian Regional Commission and the Community Block Development Grant program.

“The federal budget cuts will be felt more in West Virginia than in states like Delaware, California or New Jersey,” said WalletHub analyst Lisa Gonzalez.

The analysis suggests the weaker a state’s economy is, the more federal funding it receives, Gonzalez said.

“We found a correlation between a state’s federal dependency and its per capita GDP, meaning that the least wealthy states tend to receive the most federal support,” she said.

Last year, groups in the state received $16.4 million in grants to spur economic development in the face of a declining coal industry, as part of then-President Barack Obama’s POWER initiative. The funding went toward entrepreneurial education in Charleston, an innovation business center in Buckhannon and workforce training programs with Coalfield Development, among other programs.

West Virginia received a federal funding dependency score of 68.97 out of 100, short of Kentucky’s top score of 76.16. WalletHub determined each state’s score by finding the sum of two different measurements: government dependency and resident dependency.

West Virginia ranks 15th for its government’s dependency on federal funding, according to the analysis. WalletHub measured the metric by calculating the proportion of state revenue that comes from the federal government in the form of intergovernmental aid. For West Virginia, that’s 34.79 percent.

The state ranks fifth for its residents’ federal dependency. The measurement uses the sum of return on taxes paid to the federal government (calculated by dividing federal funding by IRS collections) and the state’s share of federal jobs. West Virginia’s return on taxes is $2.12, which ranks sixth among all states, and its share of federal jobs is 3.33 percent, which also ranks sixth.

Sean O’Leary, a senior policy analyst with the West Virginia Center on Budget and Policy, said West Virginia’s ranking is unsurprising when considering the state’s aging population. Its median age of 42.2 is about 10 percent higher than the national median of 37.8, according to 2014 Census data.

That demographic makeup means more funding is needed for Social Security, Medicare and other entitlement programs, he said.

Entitlement programs are easily the largest part of federal assistance to the state, O’Leary said.

“Sure, there are going to be some other cuts that will hurt, but the big numbers belong to Social Security and Medicaid,” he said.

WalletHub asked five experts for its study if federal resources should instead be allocated based on how much each state pays in federal taxes. All of the experts said no.

“Should basic economic background conditions determine the quality of schools or roads or environmental protection or economic development efforts experienced by residents of different states?” asked Karen Baehler, a scholar in residence at American University. “Of course not. Cross-state subsidies are the only fair approach.”

However, the experts’ answers differed for what programs should the federal government be responsible for instead of state and local governments.

Jeffrey Chapman, a public finance professor at Arizona State University, said local governments should only fund services themselves when there are no cost savings from centralization and no government redundancy would occur.

“This means that local governments should provide such public services as police, fire, libraries, etc. and the federal government should provide services that are national public health goods with national externalities,” Chapman said. “Examples would be national defense, health care, income distribution programs such as Social Security and Medicare, and some environmental programs.”

“Since this is driven on demographics, I don’t think we should punish a state because they are young or old,” he said. “West Virginia has less tax burden right now, but what happens when the average age changes?” 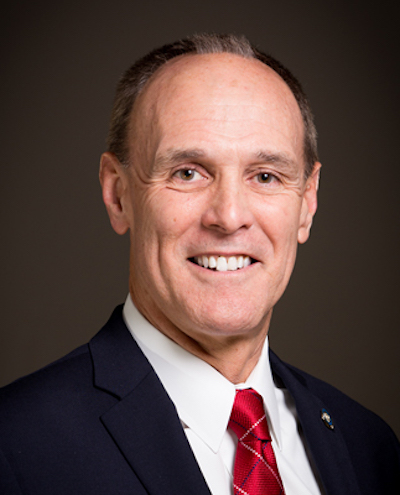 House communications director works with media on all issues

CHARLESTON, W.Va. — Most members of the press throughout West Virginia have probably interacted with House of Delegates…
byDon Smith