The announcement came at the end of a rally featuring thousands of teachers and others at the state Capitol, and follows weeks of growing tension between public employees, educators and the state Legislature regarding concerns with pay and health care.

The work action is a last message to legislators at the Capitol “to do your jobs, or we’ll vote you out,” said Christine Campbell, president of the West Virginia American Federation of Teachers.

“Teacher shortages, all these problems, are a national crisis. West Virginia educators are showing the ways to address that,” Ricker said. “The courage shown here in West Virginia is inspiring others, these teachers are leading the way.”

While the upcoming work stoppage will only affect teachers and school personnel, leaders said it was important to show solidarity and impress on legislators that there was a strong support system standing behind those in education.

Read the entire article at https://www.wvgazettemail.com/news/education/statewide-walkout-announced-for-school-teachers-employees-on-thursday-and/article_ad7043a7-074d-5adf-b6ac-4ac69aca1260.html 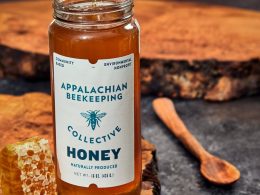