During a bill-signing ceremony for the pay raise for teachers, school service personnel and State Police (House Bill 4145), Justice said he had planned to announce membership of the task force, but he said he is waiting for teacher unions and the House and Senate to make their appointments to the panel.

“All appointees will be in place by Thursday,” Justice said.

Justice created the task force by executive order last Wednesday, having pledged to striking teachers that he would appoint a panel to come up with long-term solutions to PEIA’s rising premium costs and benefit reductions. 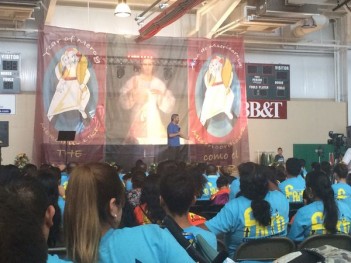 INWOOD, W.Va. — People from across the country gathered in Inwood on Sunday to celebrate West Virginia’s first…
byBrian Canterbury

Staff report Charleston Gazette-Mail How did a newspaper in Charleston, West Virginia, beat out the nation’s largest news…
byDon Smith