Rally in Wheeling, W.Va., stands in solidarity for justice on death of George Floyd

By Alan Olson, The Intelligencer of Wheeling

WHEELING, W.Va. — Several hundred local residents came out Sunday evening to peacefully protest in solidarity with others across the nation following the death of George Floyd.

Floyd’s death last week while being handcuffed by Minneapolis police sparked a wave of outrage, leading to mass protests in dozens of states, and subsequent rioting in several cities. Organized protests have been held in recent days in cities such as Pittsburgh and Columbus, leading to police crackdowns and curfews.

Sunday evening’s event in Wheeling surpassed 100 demonstrators by 6 p.m., and hundreds more by the end at 7 p.m. Following the official end of the event, dozens continued to demonstrate by marching through Wheeling down Market Street and then onto Main Street.

Demonstrators led chants of “Black Lives Matter” and urged one another to say Floyd’s name, as well as calls for political action, urging for the community to band together and vote out President Donald Trump. On several occasions, demonstrators also called for Wheeling Mayor Glenn Elliott — who was in attendance for the early part of the event — to speak, but he did not do so. … 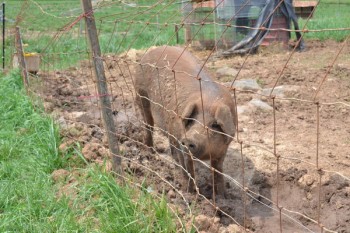 CHARLES TOWN, W.Va. – The Jefferson County Fair Board is taking precautions to try to stop the spread…
byBrian Canterbury

“The Every Child Achieves Act of 2015 eliminates Washington’s ‘one size fits all’ approach to education. It keeps…
byDon Smith

Border closure could have adverse effects on WV automotive industry