By Lexi Browning
For the West Virginia Press Association

CHARLESTON, W.Va. — Supporters of the West Virginia oil and natural gas and oil industry rallied on the State Capitol steps Tuesday morning in an effort to make their voices heard.

The West Virginia Jobs and Energy Rally brought industry workers, owners and veterans to Charleston to generate legislative support of the industry and its thousands of employees.

“Here you are, wanting to go to work, wanting to develop a resource God has given us in West Virginia to create thousands of jobs and do lots and lots of goodness,” Justice said. “I commend you. I will not hinder or stand in your way. I understand wholeheartedly contingency, joint development, the things that you need to perpetuate your industry.”

The “stumbling blocks” along the way, Justice said, could be dealt with by investments from residents who made $200,000 and above annually and from businesses themselves.

Justice said this system would “stabilize” the patient. Getting the patient out of bed, however, may take more in the future, he said.

“I stood ready at the State of the State and I stand ready now to help in every way that I can possibly help to perpetuate your industry and the greatness you can give us,” Justice said. “If I’m willing to stand rock solid in

your court – and I am – and I’m willing to say you have real challenges, but we can get these small challenges out of the way and clean it up.”

For many industry veterans in attendance, extensive site regulations have been a major issue.

Bill Maloney, two-time Republican gubernatorial candidate, said the regulations placed on the industry have made it difficult for energy businesses to thrive in West Virginia, specifically state storage tank constraints.

“I used to drill shafts for coal mines, and then I got into the oil and gas business after I sold that,” Maloney said. “Now I’m got a few wells of my own invested, but it’s much easier to drill a well in Ohio than it is here. There’s something wrong with that.”

Maloney, who now resides in North Carolina, displayed a slip of paper detailing the Department of Environmental Protection’s regulations for his sites.

“I’ve got my little piece of paper here about compliance, and I don’t have the money I need to hire all these engineers to do what they want me to do,” Maloney said. “It’s very overregulated. We need to get this tank regulation fixed, that’s number one, and start looking at other ways to use our energy.”

B.J. Carney, vice president of Geosciences at Northeast Natural Energy, said he was drawn to attend the rally not only as an employee of the industry, but also as a proud West Virginian and a firm believer in the state’s assets.

“We’re in support of something that allows us to more efficiently develop our acreage position,” Carney said. “The more wells we can drill, the better it is for everybody because it increases everyone’s quality of life and creates a better standard of living. I’m a West Virginia native, born and raised here and I chose to bring my family back here because I like living here. It’s a great state.”

Organizers estimated the crowd at nearly 1,000 people, adding that busloads of workers from across the state joined with industry leaders to call on lawmakers to act quickly in enacting critical policies that generate more local job creation and that spur needed economic development.

“We hear the message you are relaying to us today,” said Speaker Armstead, who joined Senate President Carmichael to praise the work of industry employees.

“This is an important issue not only for West Virginia but for the world,” Carmichael told workers who filled the south steps of the Capitol.

“The oil and natural gas industry has invested more than $10 billion in West Virginia since shale development began accelerating eight years ago. The tens-of-thousands of men and women directly and indirectly employed by the industry have helped make West Virginia the country’s No. 4 energy producing state,” according a release from the event.

“I want to see all our communities thrive. I want to see the state thrive. And the oil and gas industry is an economic engine to help make this a reality,” said Sarah Smith, executive vice president of SLS Land & Energy Development in Gilmer County, one of several local business owners engaged with the industry who spoke at the rally. Business owners, manufacturing leaders, and industry advocates called on lawmakers to make energy jobs and increased natural gas development a priority during this legislative session and for years to come.

MARTINSBURG, W.Va. — The Berkeley and Jefferson county branches of the NAACP will hold a joint press conference…
byBrian Canterbury 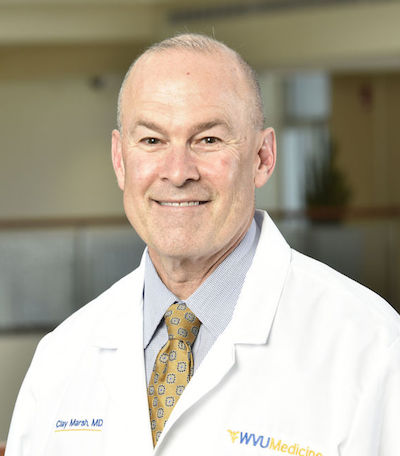