CHARLESTON, W.Va. — In the latest chapter of the legislative budget impasse, the West Virginia House Finance Committee on Thursday advanced a new revenue plan that does not increase the state sales tax, does not lower income tax rates — and does not raise enough money to close the 2017-18 budget deficit without additional spending cuts.

Nonetheless, the legislation (House Bill 107) received near-unanimous bipartisan support in committee, if only as a way to try to spur budget negotiations with state government 43 days away from a July 1 partial shutdown.

Although number-crunching was ongoing Thursday afternoon after the committee made numerous changes to the original Justice administration bill, Finance Chairman Eric Nelson, R-Kanawha, said he believes it would raise about $110 million to $120 million a year in new revenue.

Several delegates voted to advance the proposal to the full House of Delegates, while pointing out it does not raise enough revenue to avoid major cuts to state programs and services.

“I think it’s a good start,” said Delegate Steve Westfall, R-Jackson, who said he is hopeful that additional revenue can be found as the bill makes it way through the legislative process. “I think we’re going to have to do more.”

“It does not come close to providing the revenue we need,” said Delegate Larry Rowe, D-Kanawha. “I’ll vote in favor of the bill, but I don’t think it goes far enough.”

While the bill does not increase the sales tax rate, it would eliminate several tax exemptions in existing law, the largest being an exemption on telecommunications — primarily cellphone plans — and data processing services that would raise about $60 million a year.

“Today, we’re $200 million short in our budget, and we simply cannot grant this tax cut at this time,” House Majority Leader Daryl Cowles, R-Morgan, said in offering the amendment to remove the tiered severance tax rates.

Committee members also sweetened the tax plan with an income tax exemption for Social Security benefits for individuals with incomes of less than $100,000. After the exemption phases in over three years, it would amount to $66 million a year in tax cuts, primarily for retired West Virginians.

“West Virginia is one of 13 states that taxes Social Security as personal income,” Delegate Isaac Sponaugle, D-Pendleton, said in supporting the exemption. “A priority needs to be for taking care of individuals on fixed incomes making $100,000 or less.”

The bill will be on amendment stage on the House floor today.

Also Thursday, the House passed the governor’s bill that would allow the furlough of state employees in the event of a partial government shutdown if a budget is not enacted by July 1 (House Bill 106).

Under the bill, in the event of a shutdown, nonessential employees could be furloughed and continue to receive PEIA health coverage, sick and annual leave benefits, and retain days for calculation of pension benefits.

“We are trying to protect employees’ rights, in the event of a shutdown,” said Delegate Barbara Fleischauer, D-Monongalia, noting that existing law has no mechanism for state employees to keep their jobs in the event of a government shutdown.

“After July 1, they could lose their jobs completely,” she said.

The bill also identifies a number of categories of essential employees who would continue to work and be paid during a shutdown, including State Police, correctional officers, employees of state hospitals and the National Guard.

“I hope and pray we never have to use it,” Judiciary Chairman John Shott, R-Mercer, said of the bill, which passed the House on a 82-2 vote, with 16 delegates absent. It now goes to the Senate.

Thursday marked the sixth day of the special session. Generally, each day in session costs about $35,000 for members’ pay and expenses, but the Senate did not meet Thursday, save for a quorum call on the Senate floor requiring only two senators in attendance. 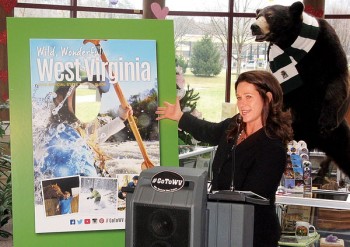 By JENNIFER R. YOUNG The Journal SPRING MILLS, W.Va.  — Ground was broken at the future home of…
byDon Smith