WHEELING, W.Va.  — The U.S. features nearly 200,000 miles of pipelines transporting hazardous materials, such as the ATEX Express that blew up two years ago to allow 24,000 barrels of Marcellus and Utica Shale ethane to scorch five acres of Brooke County woodlands amid a snowstorm.

The federal agency responsible for regulating pipelines such as these — the Pipeline and Hazardous Materials Safety Administration — announced new guidelines intended to improve standards, but industry leaders claim these measures will actually make the public less safe.

The PHMSA operates as a division of the U.S. Department of Transportation. The administration is responsible for regulating the pipelines, while the independent National Transportation Safety Board evaluates the pipeline agency’s findings.

Conversely, the Federal Energy Regulatory Commission is responsible for the location of interstate pipelines and the rates their owners charge for transportation. Pipelines that do not cross state boundaries are overseen mainly by officials in the individual states.

“As the use of hazardous liquid pipelines to transport the nation’s energy supply grows, communities around the country have demanded regulatory certainty around the safe operation of these lines and facilities,” U.S. Transportation Secretary Anthony Foxx said regarding the PHMSA standards.

“This rule gives operators clear direction on the design, construction, and operation of hazardous liquid pipelines lines and holds them accountable for the safety of the communities they serve-its full implementation will be a vital step in driving our pipeline safety mission.”

As written, the PHMSA rule will require pipeline operators to:

∫ increase focus on a data, including information on the operating environment, pipeline condition, and known manufacturing and construction defects;

∫ have a system for detecting leaks and to establish a timeline for inspections after an extreme weather event or natural disaster; and

∫ annually evaluate the protective measures in place to defend against human and environmental damage; and

∫ improve the quality and frequency of tests used to assess threats to pipelines.

In January 2015, the 20-inch diameter ATEX line ruptured in Brooke County, creating a fireball that could be seen for several miles.

Law enforcement officials reported fielding more than 100 calls regarding an emergency, while responding fire and emergency vehicles got stuck on the snow-covered roads leading from Follansbee to the impact site.

“The changing energy environment in the U.S. requires that we all become increasingly anticipatory, predictive, and prepared for emerging risks,” PHMSA Administrator Marie Therese Dominguez said. “This is a forward looking rule. It pushes operators to invest in increased data capabilities, to continuously improve their processes to assess and mitigate risk, and strengthens our framework for strong prescriptive regulations.”

“We share the same objective of safe pipeline operations with PHMSA. However, we are concerned that this rule has the potential to decrease pipeline safety rather than improve it,” Rorick said.

“Pipeline operators work diligently and spend billions of dollars every year to construct, operate and maintain their facilities in a safe and reliable manner.

” It makes little sense to issue a rule that at times inhibits or weakens an operator’s ability to do that,” Rorick added. 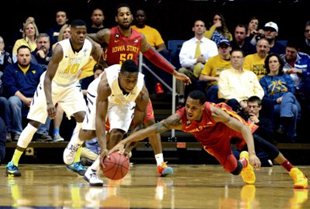 School enrollment numbers dropping; transfers and terminations on the rise

By JORDAN NELSON The Register-Herald BECKLEY, W.Va. — Student enrollment has declined across many counties in southern West…
byDon Smith 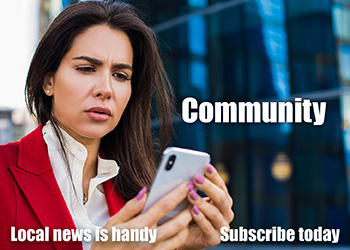 Releases from the Office of the Governor and W.Va. Legislature: CHARLESTON, W.Va. – The official declaration has been filed…
byDon Smith