PARKERSBURG, W.Va.  — Large segments of pipe stacked along the Little Kanawha River near the East Street Bridge are bound for a pipeline Columbia Gas is building in the state.

The pipe is stored on the property of Little Kanawha River Rail Inc., whose offices are at 400 Buckeye St. in Parkersburg. The company operates a short line railroad as a feeder for CSX and serves a business park that includes warehouse space and highway and river access.

“We took over some business from MIE, but the reason we purchased the property was we had a new business venture that focused on environmental control for coal-burning power plants,” he said.

The company installed a processing plant to mill and refine trona, a substance used to remediate or remove sulfur trioxide from flue gas at coal-burning utilities. 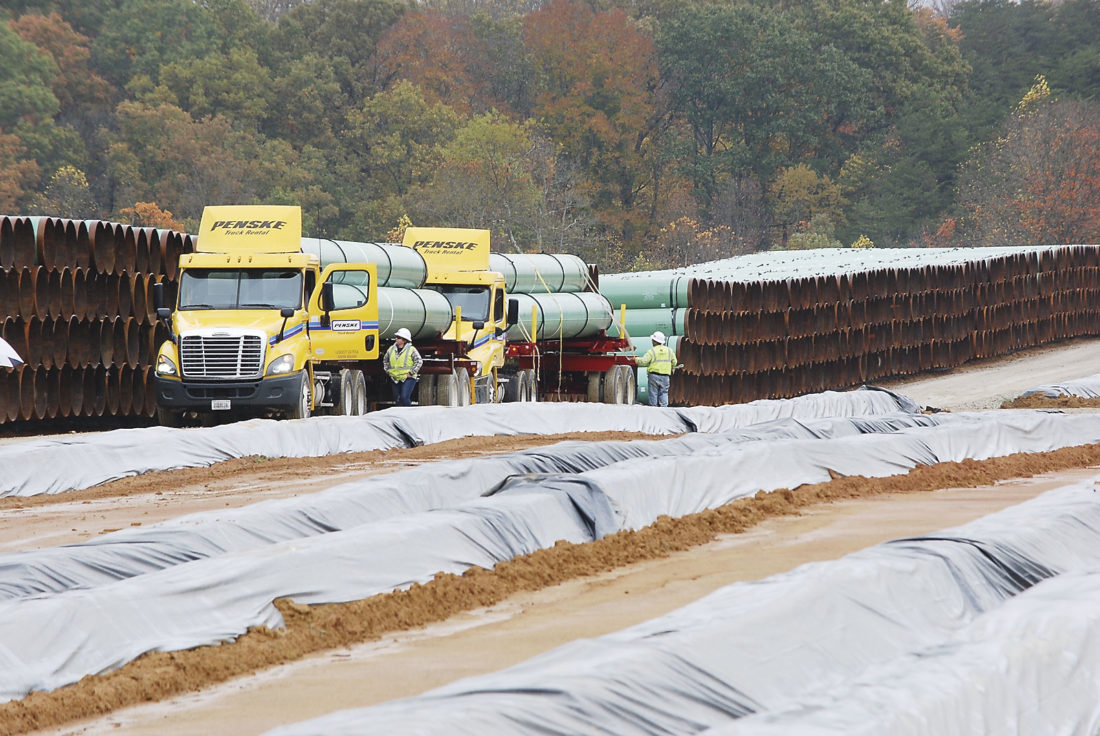 Photo by Evan Bevins A number of pipe segments transported from the Little Kanawha River Rail stockyard in Parkersburg are shown at a Coolville site off Brandenberry Road earlier this month.

A more recent addition to the company’s portfolio is handling transportation for materials for Columbia’s new natural gas pipeline, Elliott said. Little Kanawha River Rail receives the pipe from CSX and transports them to the Parkersburg stockyard for storage.

“Those pipes are going to go out by truck and then be put into service for the pipeline,” Elliott said.

The unloading and transport from the stockyard are done by T.G. Mercer, a company that handles pipe unloading and logistics for the oil and gas industry. Five members of Laborers Local 1085 have been employed by that company for a couple of months, said Jessie King, business agent for the union hall.

King expects additional jobs for members as the pipeline is built.

“We do a lot of the installation of the pipe into the ground,” he said.

Little Kanawha River Rail has been moving pipe for the last 45 to 60 days, Elliott said. Unloading is expected to go on for about six months, but pipe could remain at the stockyard for up to two years, he said.

Some of the pipe is being transported to a site in Coolville off Brandenberry Road, Elliott said.