CHARLESTON, W.Va. — Billions of dollars will be spent this week, betting on the Super Bowl.

Officials from the West Virginia Lottery and legislative supporters of bills moving through both chambers hope sports wagering revenue may one day help pay for education, tourism and senior services in the Mountain State.

And perhaps other general budget needs.

Senate Bill 415 was introduced in the Senate session Monday. It would legalize wagering on certain professional or collegiate sports events as West Virginia Lottery activities. A similar bill is also expected to bet introduced in the House this week.

The U.S. Supreme Court appears to be ready to lift a federal ban on sports wagering soon, which would allow states to decide.

“We expect the U.S. Supreme Court to come back with a favorable decision that will open the market,” said Danielle Boyd, general counsel for the West Virginia Lottery. “When they do, we want to be ready.”

As drafted, SB 415 directs the first $15 million of revenue to the Lottery fund, Boyd explained. “By statute, the Lottery fund must be used for education, tourism and seniors,” she added. “Anything above $15 million would be directed to the state’s general revenue fund, and further appropriated for whatever purpose the legislature would see fit.”

A study was ordered by the West Virginia Lottery in 2017 to determine how much money could be generated by sports wagering, and how many visitors it may attract to West Virginia.

“We wanted to have industry experts that have worked on sports betting in Las Vegas and other countries to give us a base line of what we might be looking at,” Boyd said.

“They came up with a revenue estimate of about $9 million,” Boyd added. “We think it may be between $5 million and $9 million, reflecting a more conservative estimate in a first full year of implementation.”

Betting on sports would take place in places that currently have gaming licenses, such as casinos and racetracks, as SB 415 currently states. Wagering from a mobile app may also be implemented.

“The mobile app is a key component to this,” Boyd said. “We are looking at a black market right now that is estimated at $250 million (illegally) wagered, just in West Virginia. A lot of it is done on off-shore sites, through websites and mobile devices. The convenience of transferring that black market has to be there, or people will continue to game on the black market.”

A mobile app would be branded and secured and run through one of the licensed properties of the West Virginia Lottery, Boyd explained.

“The individual would have to be physically located in the state of West Virginia to place the bet, and their age would have to be identified,” she added. “All of those technologies would be in place to ensure and protect that.”

Timing is important, as other states may also rush to implement new gaming options.

“We believe it’s critical to act now,” Boyd said. “Our neighbors in Pennsylvania ran a major gaming expansion already, but we believe we can get in before Ohio, Kentucky, Maryland and North Carolina.”

“(Sports betting) would be another amenity that will attract tourists to West Virginia,” Boyd said. “Once they’re on site, they might put some money in a slot machine or on a table. They’re going to buy drinks, go to a restaurant. Hopefully, they’re putting a lot more money into our economy indirectly as well.”

SB 415 has support of both Democrats and Republicans.

“Wagering is happening, and I believe the state’s estimates are conservative,” Woelfel said. “This is the next logical step to add revenue that’s available to us, in an activity that people voluntarily and enjoy participating in.”

“(Sports betting) is going on now, unregulated, on the black market,” Trump said. “This bill would position West Virginia to take advantage of an opportunity.

“It would help us with a lot of challenges we have in our budget right now,” Trump added.

The bill could boost education in West Virginia, Woelfel said.

“We should use this (additional revenue) to invest in education like we talk about every day, but rarely follow through on,” Woelfel, whose district borders Kentucky and Ohio, added. “I would dedicate it to those purposes. Teachers are making choices to relocate because of PEIA and stagnant wages. It’s shameful, the way we pay our teachers. Why wouldn’t they cross the Ohio River and make thousands of dollars more?” 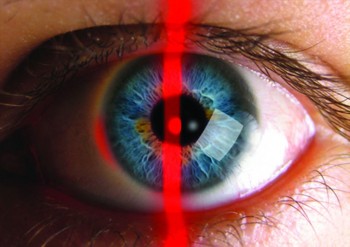 Fayette County out of sync on ‘Scout Amendment’

The Parkersburg News and Sentinel CHARLESTON, W.Va.  – A new photo contest to pick the winning entries for…
byDon Smith