Riley said a copy of the plan also was left with City Manager Dane Rideout, who was out of town on Monday. Riley said the downtown merchants are proposing a Saturday Market in the area composed of Chicory Square and the short section of Raleigh Street from Federal Street to Bland Street with the west lane of Federal Street being coned off each Saturday morning to permit foot traffic.

“This market would be comprised of vendors of farm produce, select crafts and small items for sale,” Riley said in the letter presented to Spencer and Rideout. “No new merchandise would be allowed, as well as clothing. It would be available for space rental as available.”

Riely said the proposed Saturday Market would be held each Saturday from 7 a.m. to 1 p.m. with setup beginning at 6 a.m. He said vendors would furnish their own tables and displays and would pay a rental fee for clearly marked spaces.

“It is our hope that this would enable our downtown to benefit from additional feet on the ground in the center of our shopping district” Riley said. “At this time we have the advantage of several shopping options in downtown, and in this manner we would have an additional draw to make more people aware.”

City officials are working on a similar proposal for a downtown farmers market. Spencer said he met Friday with officials with the West Virginia University Extension Office in Princeton.

“I met with those folks Friday,” Spencer said. “We are taking a look at what is the best opportunity for the city. They (the WVU Extension Office) are involved in the farmers market in Princeton. We are talking to them about opportunities and about what can be done. So right now I’m just going through the process of evaluating different sites and looking at what is best for the city.”

Spencer said he hopes to give the city board an update on the effort at the board’s next meeting on Tuesday, April 26, at noon.

A third farmers market, the Almost Heaven market, is held on the parking lot of Kmart in Bluefield. In a letter to the editor published in Monday’s edition of the Daily Telegraph, coordinator Judy Silbaugh encouraged customers and vendors to continue supporting the weekly Almost Heaven farmers market.

Up to 30 governors expected at The Greenbrier

CHARLESTON, W.Va. — For the first time in 65 years, the nation’s governors are holding their summer meeting…
byBrian Canterbury 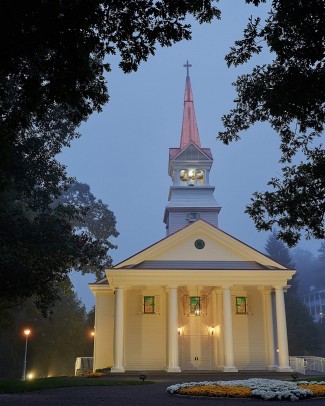 As overdoses climb, gabapentin designated ‘drug of concern’ in WV

By ERIC EYRE Charleston Gazette-Mail CHARLESTON, W.Va. — The West Virginia Board of Pharmacy has designated the nerve-pain…
byDon Smith