1 minute read
Charleston Gazette-Mail photo by Christian Tyler Randolph Constance Reynolds cries out after seeing her grandfather’s collection of vintage acoustic guitars stored safely on her son’s top bunk in her home after flash flooding in Rainelle on Sunday June 26, 2016. Reynolds was not home at the time of the floods but a neighbor who took refuge in her home as the waters continually rose moved the instruments to the higher storage location.
Total
0
Shares
0
0
0

RAINELLE — Tim Fitzwater stood on the railroad tracks behind his home in the pouring rain, just feet from the surging Meadow River, as he watched his neighbors and their homes wash away along with everything he had.

The Greenbrier County resident was witness to one of the worst portions of flooding in West Virginia Thursday, as an unrelenting rainfall swamped dozens of communities and killed at least 25 people in the state — at least four of whom lived directly across the river from Fitzwater.

The bridge that had connected Fitzwater’s neighbors’ homes to the main road, just north of Rupert, was washed away and with it went their hopes of escape.

From his vantage of point, Fitzwater watched as his garage was pulled from the concrete, his home was pushed from its foundation and his neighbor’s trailer was picked up and swept down river with her inside.

On Sunday, Fitzwater traversed the wreckage of his home, his auto repair shop and his vehicle salvage yard…
Total
0
Shares
Share 0
Tweet 0
Pin it 0

Staff report The Herald-Dispatch KENOVA, W.Va. — A West Virginia National Guard team has joined the response to an…
byDon Smith 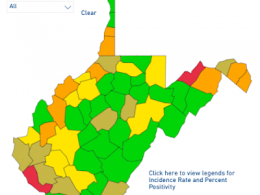 Charleston, W. Va. – The National Association of Secretaries of State (NASS) will feature the West Virginia Secretary of…
byDon Smith