Senate Bill 270 was introduced last week at the governor’s request. It allows the director to implement a silvicultural management plan for state parks. The director may select and sell timber located on state park lands as part of that plan.

Under the bill, any timber harvesting shall not exceed the average of four trees per acre per tract and not more than half of the merchantable timber volume of the acre. The bill currently is before the Senate Committee on Natural Resources.

The legislation has stirred debate. Commissioner of Agriculture Kent Leonhardt recently spoke against the bill, calling it “poorly thought-out with little foresight.”

State conservation groups as well as private citizens have already expressed concerns with the plan as well, forming a campaign called Save Our State Parks.

By JOSEPHINE MENDEZ The Herald-Dispatch HUNTINGTON, W.Va. —  Several Cabell County legislators are sponsoring a bill that could…
byDon Smith

By PHIL KABLER Charleston Gazette-Mail CHARLESTON, W.Va. — In a move more likely to intensify than resolve the…
byDon Smith 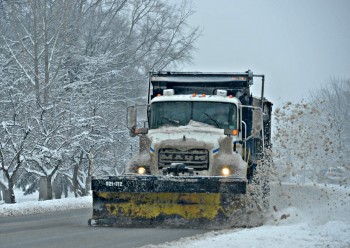 By CHARLIE BOOTHE Bluefield Daily Telegraph FLATWOODS, W.Va.  — Teachers from around the state have given authorization to both…
byDon Smith